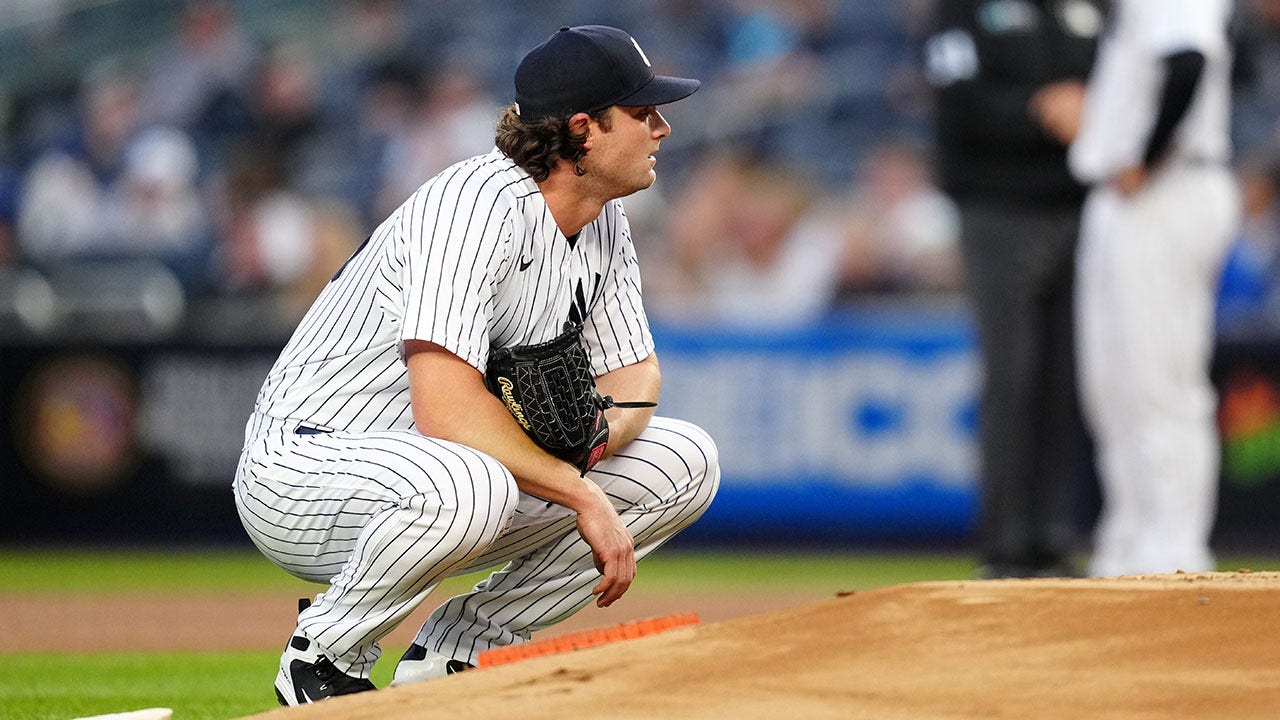 Gerrit Cole was given a nine-year, $324 million contract in the winter of 2019, which gave him the longest and most lucrative contract (both in AAV — at the time — and total money) by any pitcher in MLB history.

As of late, the problem appeared to be him trying to live up to the contract the New York Yankees gave him

Cole was given 3-0 leads in his previous two starts against the Baltimore Orioles and Kansas City Royals — he blew both of them. He followed those performances up by allowing six earned runs and three homers in the first inning against the Seattle Mariners en route to a 7-3 Yankees loss on Wednesday.

It was Cole’s second-straight start allowing five or more earned runs. But the odd part is that all 11 runs allowed came in just two separate innings.

“It’s kind of hard to believe how much it just blows up so quick. I’m trying to be excellent out there. Obviously the game’s letting us know we’re not there. We gotta keep grinding on it. It doesn’t feel good,” Cole told reporters after the game.

Cole now is tied for the third-most starts among all pitchers with outings allowing five or more earned runs, along with guys like Joan Adon, Dylan Bundy, Hunter Greene and plenty other bad pitchers. He also had an outing where he lasted just 1.2 innings earlier this year, and he threw just four innings on Opening Day — although he was improperly ramped up due to the lockout, he still allowed three earned, and it was not a good performance.

Gerrit Cole #45 of the New York Yankees reacts in the first inning against the Boston Red Sox at Yankee Stadium on April 8, 2022 in New York City.
(Mike Stobe/Getty Images)

In the same breath, though, he is one of just 12 pitchers in the big leagues with at least a dozen starts of six-plus innings while allowing two runs or less.

“There’s been good ones, there’s been bad ones. The numbers are what the numbers are,” Cole said when asked how he evaluates his season. “I’m just trying stay on the same drumbeat. I’m just trying to get better every week. Sometimes, there aren’t answers for stuff that happens in this game, but there are some things I feel like we can be doing better. We’re grinding to do that. In terms of the overall season, right now, I’m looking at trying to continue to improve. We’ve had good ones, we’ve had clunkers, we’ve gotten baseballed. The numbers are what the numbers are.”

It’s a bad time for the Yankees to have pitching woes. Cole’s ERA in his last three games (although shoddy defense inflates it) is a whopping 7.00. In his last 11, it’s 4.32.

He was bad down the stretch last year, too, although this may have been due to a hamstring injury at the time.

In his final regular season three starts of 2021, he allowed 15 earned runs in 17.2 innings (7.64 ERA) and lasted just two innings in the wild-card game after he allowed three runs there.

“We’ve got to perform the way we want to perform, that level of excellence,” he said, “by the time October comes.”

Gerrit Cole #45 of the New York Yankees reacts in the first inning against the Boston Red Sox at Yankee Stadium on April 8, 2022 in New York City.
(Mike Stobe/Getty Images)

Cole is not the only Yankee starter struggling lately. Entering Wednesday, the entire Yankees rotation had an ERA of 4.23 since July 5, which was the eighth-worst mark in baseball since that date.

They traded for Frankie Montas in hopes the rotation can get back on track.