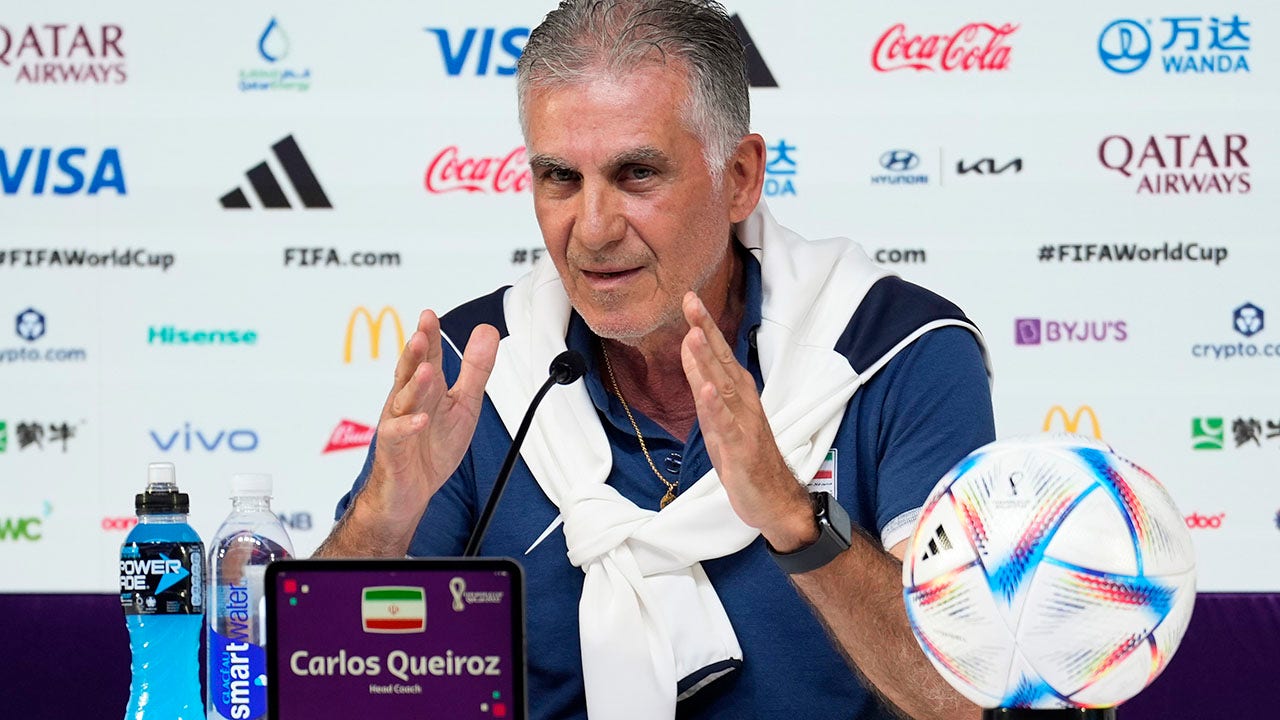 Iranian soccer coach Carlos Queiroz is already lamenting the politically charged World Cup as his squad gets set to play the United States with a trip to the knockout stage on the line.

Iran is dealing with mass protests back home challenging its clerical rulers. According to human rights activists in Iran, the protests have seen at least 450 killed and more than 18,000 arrested. The United States responded by briefly removing the Islamic Republic emblem from photos of the Iranian flag to stand with the protesters while Iran called on FIFA to suspend the U.S. and remove the squad from the World Cup.

“I still believe I can win games with those mental games,” Queiroz said, via Reuters. “Those … events surrounding this World Cup I hope will be a lesson for all of us in the future, and we learn that our mission is here to create entertainment and for 90 minutes make people happy.”

He said there was a time and place to use soccer to make an impact on the world.

“We have solidarity with humanitarian causes all over the world,” Queiroz said before taking a veiled shot at the U.S.

“You talk of human rights, racism, kids dying in schools with shootings, we have solidarity with all those causes. But here our mission is bring smiles to all people for 90 minutes.”

Iran will be looking to ruin the United States’ hopes and dreams. The team lost 6-2 to England in their opening match and beat Wales 2-0 in a stunning upset.

Queiroz coached in the U.S. before taking the Iran job. He was in Major League Soccer with the MetroStars in 1996 and served as an adviser in 1998, writing a player development blueprint aimed at winning a World Cup by 2010.