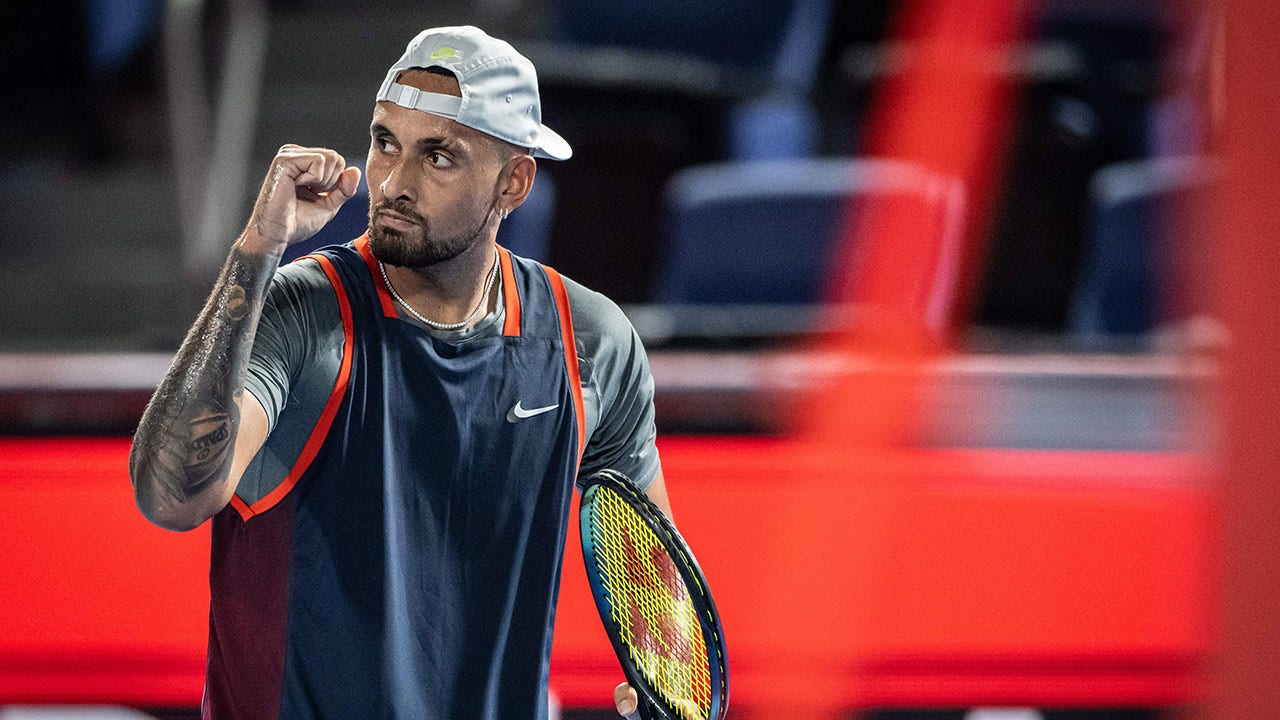 Wimbledon finalist Nick Kyrgios is expected to appear in an Australian court early next year for a common assault charge related to a 2021 incident involving a former girlfriend where he intends to apply for the charge to be dismissed on mental health grounds, according to reports.

Kyrgios attorney Michael Kukulies-Smith claimed that the tennis pro has made several public statements about his mental health history since 2015 and asked the court to adjourn so forensic mental health reports could be prepared for their application.

Nick Kyrgios of Australia hits a return against Tseng Chun-hsin of Taiwan during their men’s singles match at the Japan Open tennis tournament in Tokyo on Oct. 4, 2022.
(YUICHI YAMAZAKI/AFP via Getty Images)

According to The Australian, Kukulies-Smith claimed Kyrgios’ mental health issues have been documented in his medical records for the last seven years.

The incident, first reported to police in December 2021, reportedly took place in January of that same year and involves Kyrgios’ former girlfriend. The common assault charge, if found guilty, carries a maximum sentence of two years in prison.

Nick Kyrgios of Australia in action during his match against Chun-Hsin Tseng of Taipei on day two of the Rakuten Japan Open at Ariake Coliseum on Oct. 4, 2022 in Tokyo, Japan.
(Koji Watanabe/Getty Images)

“There’s only so much I can control, and I’m taking all the steps and dealing with that off the court,” Kyrgios told reporters this week ahead of the Japan Open. “I can only do what I can, and I’m here in Tokyo and just trying to play some good tennis, continue that momentum and just try to do my job.”

Nick Kyrgios of Australia reacts after a point against Tseng Chun-hsin of Taiwan during their men’s singles match at the Japan Open tennis tournament in Tokyo on October 4, 2022.
(YUICHI YAMAZAKI/AFP via Getty Images)

The case was adjourned until Feb. 3, 2023. Kukulies-Smith noted that Kyrgios wanted to attend, which would be his first court appearance in the case since police announced the charges back in July.