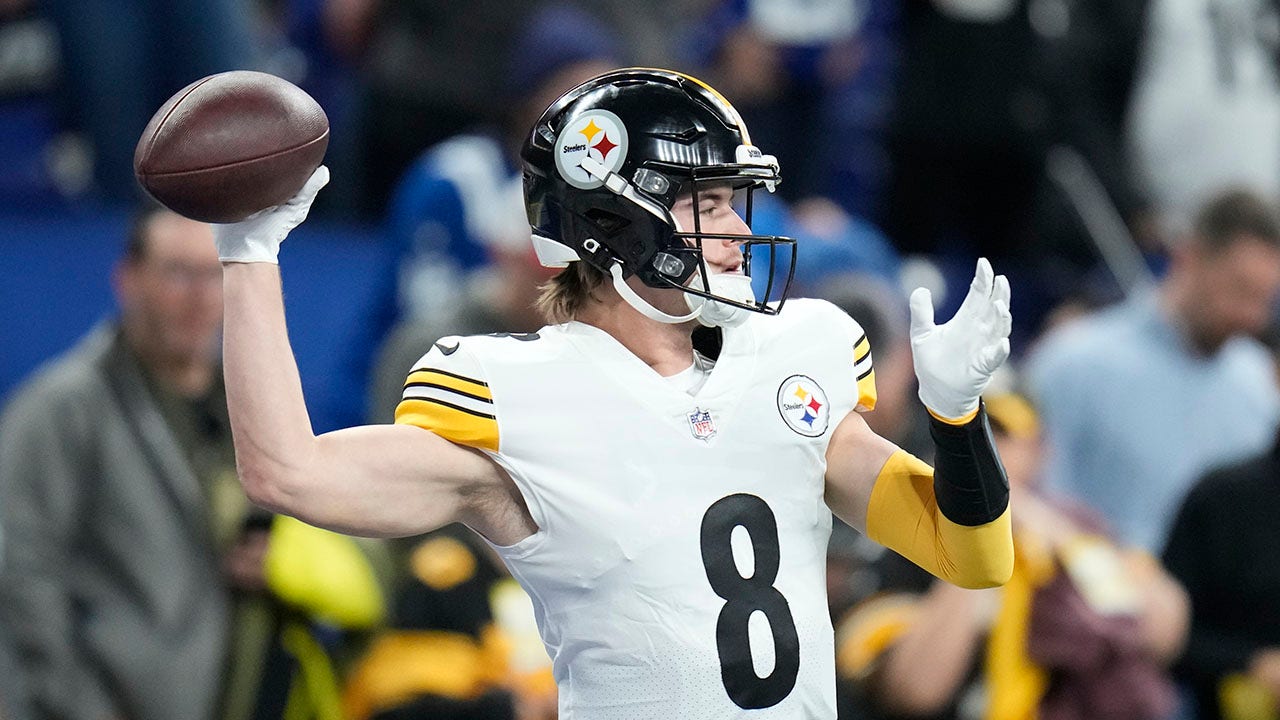 Pittsburgh Steelers rookie Kenny Pickett left his mark on the team’s 24-17 victory over the Indianapolis Colts, engineering the go-ahead scoring drive early in the fourth quarter.

Steelers center Mason Cole gave a behind-the-scenes look at the final play call and told reporters after the game the play call that got running back Benny Snell into the end zone was chosen by Pickett.

Pittsburgh Steelers quarterback Kenny Pickett throws during the first half of an NFL football game against the Indianapolis Colts, Monday, Nov. 28, 2022, in Indianapolis.
(AP Photo/Michael Conroy)

“That run we scored on, Kenny called it,” Cole said after the game, via Pro Football Talk. “We were in the timeout, and Kenny said, ‘I want to run this.’ To see that confidence, on third-and-2 on the goal line, is big. It’s good to see, it’s exciting to see. It really showed who he is as a leader, the command he has on the field.”

Pickett admitted he brought up the play to Steelers coaches.

Pittsburgh Steelers quarterback Kenny Pickett, #8, throws during the first half of an NFL football game against the Indianapolis Colts, Monday, Nov. 28, 2022, in Indianapolis.
(AP Photo/Michael Conroy)

“We have a great open communication,” the first-year quarterback said. “That was the play I brought up, I felt really confident about it, they felt good about it too so we rolled with it.”

Pickett led the Steelers on an 11-play, 75-yard drive that ended with the Snell touchdown and a successful two-point conversation attempt thanks to a pass to George Pickens. Pittsburgh took a seven-point lead with 9:44 left in the game and never looked back.

On the drive, Pickett had a 13-yard pass to Snell and a 17-yard pass to Pat Freiermuth to help set up the touchdown.

Pickett finished 20-for-28 with 174 passing yards. He was sacked three times. Snell rushed for 62 yards after he got most of the carries when Najee Harris left the game with an abdominal injury. Harris had 35 yards on the ground with a touchdown before he left.