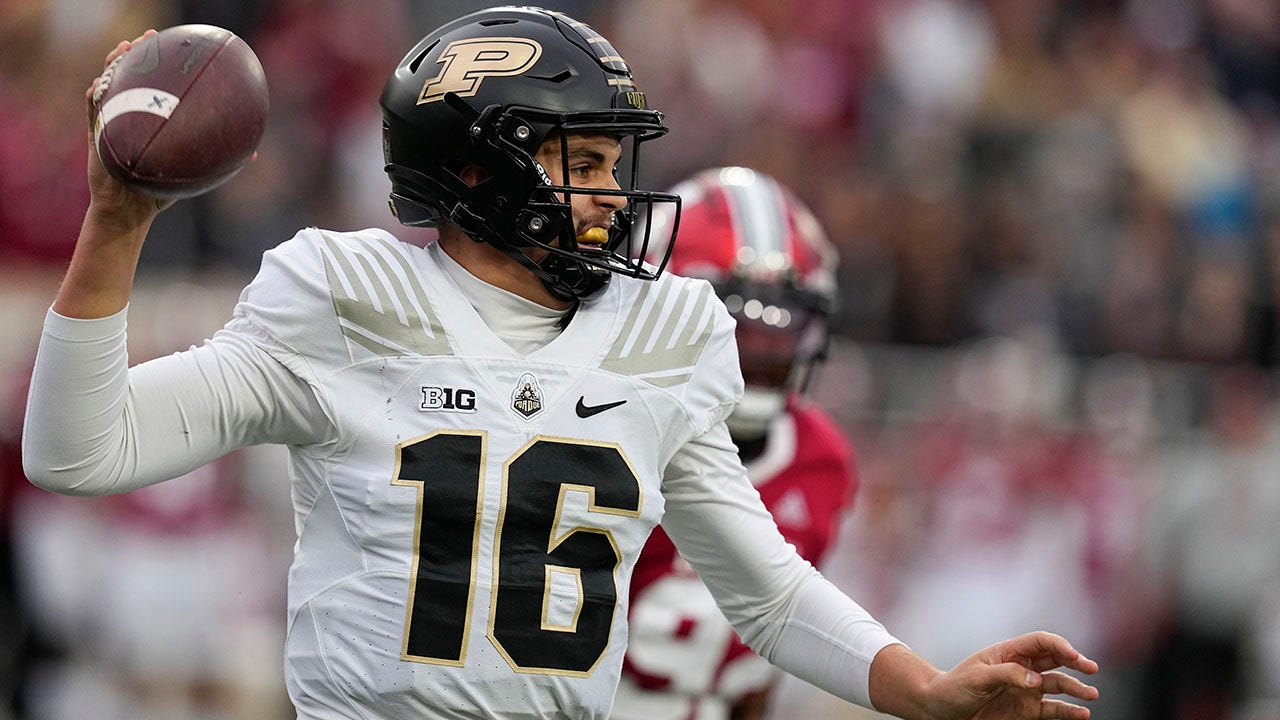 Purdue will be without quarterback Aidan O’Connell as the team prepares for the Big Ten Championship Game against Michigan.

O’Connell posted on social media his brother, Sean, had died. He did not return to campus after the team defeated Indiana on Saturday.

“My family and I would like to express our gratitude for the love and support we have received over the past few days,” he said in his statement. “We are deeply saddened to share of the passing of my oldest brother, Sean. Sean was not only one of Purdue football’s biggest fans, but he was a better son, brother and friend. He lit up any room he walked in and all that knew him testify to his contagious joy.”

O’Connell was seen crying into a towel on the bench near the end of the game against Indiana. The cause of his brother’s death was not revealed.

“He played his heart out for his teammates and gave us a great effort,” he said. “Of course, he’s got things he has to deal with this week, but we’ll be there to support him and whenever we get him back to work, we look forward to that.”

It is unclear whether O’Connell will return to the field. Brohm said he believes the sixth-year senior will play Saturday against Michigan in the Big Ten title game.

“He’s a special person. I feel like anyone who knows him knows you don’t get guys like that all the time,” Purdue tight end Payne Durham said. “He doesn’t identify as a football player. He’s a man of faith who wants to do things for other people.”