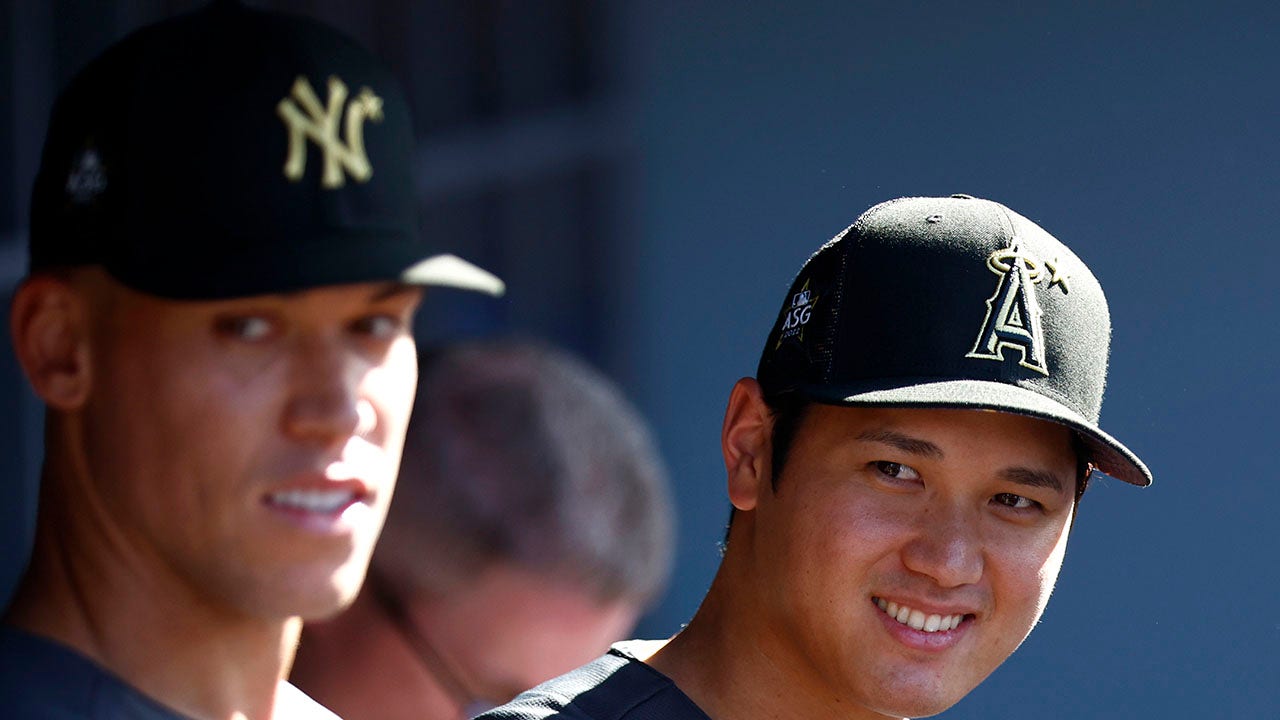 The 2022 American League Most Valuable Player race is perhaps the best race in the history of Major League Baseball.

It’s Aaron Judge vs. Shohei Ohtani. There’s not even a close third.

Aaron Judge of the New York Yankees, left, and Shohei Ohtani of the Los Angeles Angels look on from the dugout before the All-Star Game at Dodger Stadium on July 19, 2022, in Los Angeles.
(Ronald Martinez/Getty Images)

But former All-Star Marcus Stroman doesn’t even think there is a debate — and he’s not rocking with the overwhelming favorite in Vegas.

“Judge is having one of the most historic seasons of all-time…but how do you not give the MVP to Ohtani?” Stroman tweeted on Tuesday. “What he’s doing has never been done before and may never happen again!”

Stroman added that both Judge and Ohtani are deserving of the award and that “There’s no wrong option.”

But when a fan asked him if Ohtani should “just get the MVP every year,” Stroman kept it straight up.

“If he continues to hit 30+ homeruns and strikeout 200+ hitters a year…then yes he should win the MVP each and every year!” he wrote, arguing that what Judge is doing has been done before — but not Ohtani.

Ohtani is the reigning MVP, winning it unanimously last season after he hit 46 homers — the third most in baseball — and drove in 100 runs with a .965 OPS. He also recorded a 3.18 ERA, which was the eighth-best mark in the AL among pitchers with at least 130 innings thrown.

Those numbers earned him a $30 million deal for 2023, the largest ever for an arbitration-eligible player.

But Judge broke Roger Maris’ American League record with his 62nd home run of the season on Tuesday that many consider the true all-time record due to Barry Bonds, Mark McGwire and Sammy Sosa’s links to PEDs. He also leads MLB in on-base percentage, slugging percentage, total bases, OPS+ and runs scored while leading the AL in RBI and walks.

The MVP will be announced in November — the award will only take the regular season into account, which ends Wednesday.

It’s either one of the best offensive seasons we’ve ever seen or, while not the best at either, something we literally have never seen.