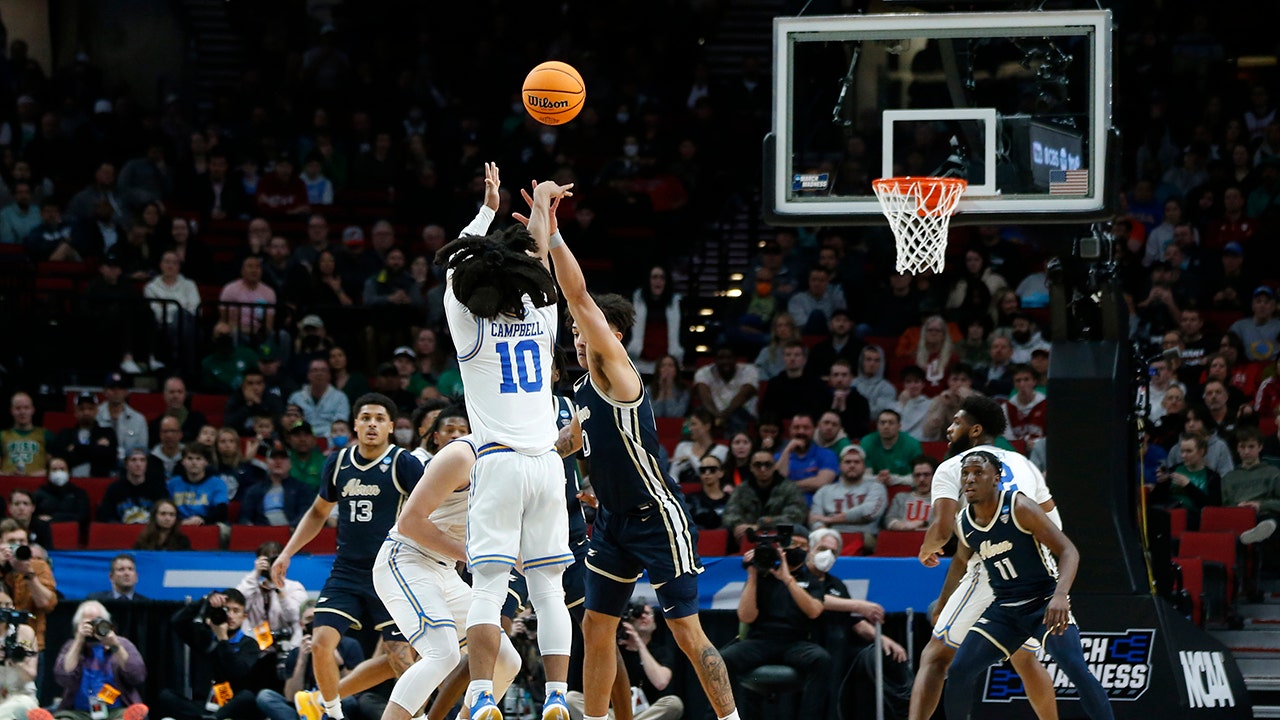 Tyger Campbell rescued UCLA from a potential upset, scoring eight straight points late in the second half, and the fourth-seeded Bruins rallied for a 57-53 win over No. 13 seed Akron in the first round of the NCAA Tournament on Thursday night.

With the Bruins down 51-47 with 3 1/2 minutes left, Campbell took control and helped his team avoid getting bounced on the opening day of the tournament. Campbell hit a corner 3-pointer to pull UCLA within one, knocked down a 15-footer for the lead and added a 25-footer as the shot clock was expiring to put the Bruins ahead 55-51 with 1:17 left.

“My teammates just kept finding me and I just was wanting to make a play,” Campbell said. “I knew down the stretch, coach made some adjustments, and I just wanted to execute on them and the shots went in.”

Even with Campbell’s streak, the Bruins (26-7) still had to sweat the final moments after a missed free throw and Jamie Jacquez Jr. missing a jumper with 15 seconds left. Akron’s Ali Ali drove to the basket but didn’t have a clean look and was blocked by Cody Riley.

Johnny Juzang knocked down a pair of free throws, and the Bruins moved on to face No. 5 seed Saint Mary’s on Saturday.

“This reminds me of my Big East days. You’re going to win a rock fight, you’ve got to put your hardhat on and you’ve got to take care of the ball, get some extra possessions,” UCLA coach Mick Cronin said. “And the offensive rebounding was huge, and we didn’t turn it over. We were able to finally get some — hang in there and get some stops and get a few shots to go down.”

Campbell finished with 16 points and Jaquez added 15. Jules Bernard, who hit a 3 to start UCLA’s run when it trailed 47-39, added 10 points.

Xavier Castaneda led Akron (24-10) with 18 points and Enrique Freeman added 14 before fouling out with 2:26 remaining on an illegal screen. Ali, the Zips’ leading scorer, was held to five points after averaging nearly 15 per game.

“We had our chances,” Akron coach John Groce said. “Defensively I thought we were spectacular, quite frankly, and then offensively we had some empty possessions here and there that we’ll probably take a look at at some point in time and wish we could have back. That’s the way it works.”

A year after an unexpected run to the Final Four, the Bruins entered the tournament a trendy selection to make a run in the wide-open East. They nearly became another upset victim for Groce, who lost in the opening round of the tournament for the first time after going 3-0 in his previous NCAA trips as the coach at Ohio and Illinois. Akron was a 13 1/2-point underdog, according to FanDuel Sportsbook.

The Zips had their chances, especially after building an eight-point lead. Castaneda connected on consecutive 3s after UCLA took a 39-38 lead, and Greg Tribble scored on a baseline reverse, falling down as he was fouled, to push the Zips’ lead to 47-39 with 7:54 left.

“I think we didn’t panic, and like I said, we’ve been in those positions before last year in the tournament, also throughout our season,” Bernard said. “So we know what that feeling is like, and we just try to stay composed as best as possible and know that our effort and toughness would pull us through.”

Amy Bonner was one of three officials for the nightcap in Portland, becoming the second woman to officiate an NCAA Tournament game. Melanie Davis worked a game between Illinois and San Diego State in 2002.

Bonner has worked in several conferences and was hired to work in the Big 12 a couple of seasons ago.

Earlier Thursday, UCLA announced a new six-year contract for coach Mick Cronin that runs through the 2027-28 season. Cronin was hired in April 2019.

Akron: The Zips entered having won eight straight, including a sweep of the MAC Tournament and a 75-55 rout of rival Kent State in the championship game. It was the fifth NCAA bid for the Zips and their first since 2013. They’re still seeking their first win.

UCLA: The Bruins won despite a quiet night from Juzang, who finished with nine points on 3-of-11 shooting. It was the fourth time in six games Juzang failed to reach double figures.

The Bruins will face the Gaels in the second round on Saturday.