LeBron James says he has ‘no relationship’ with Lakers legend 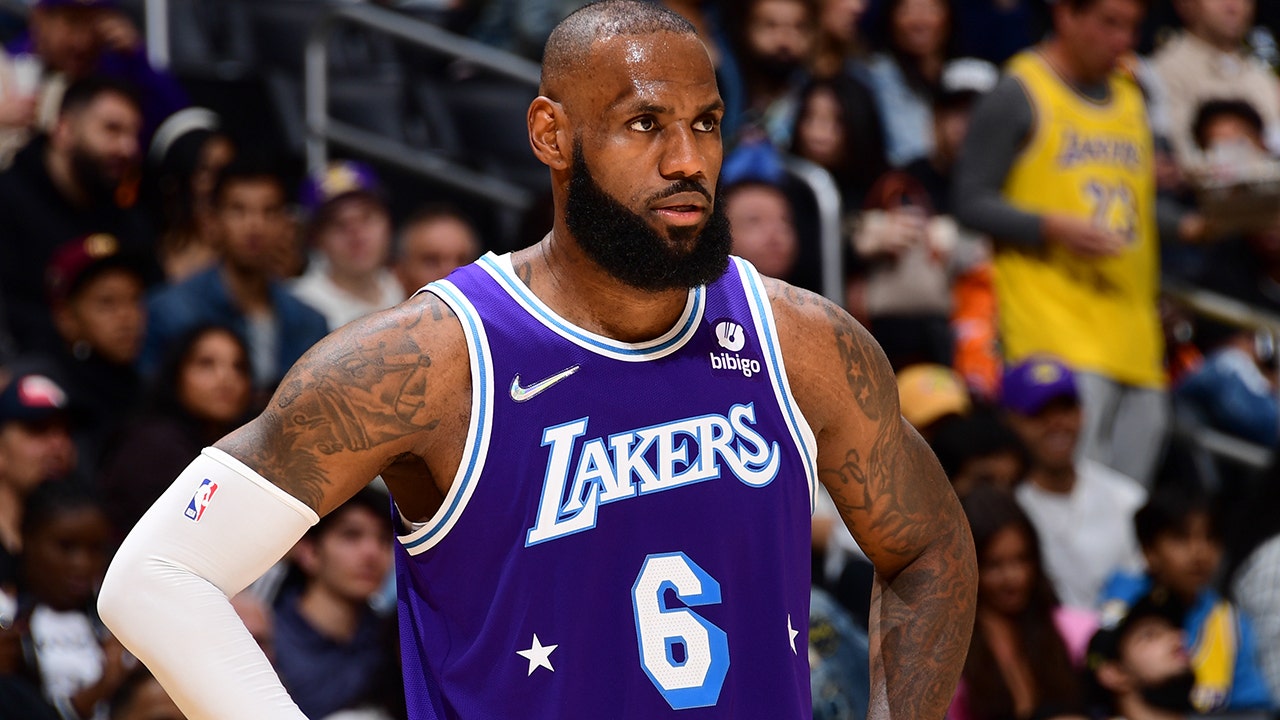 LeBron James is likely going to pass Kareem Abdul-Jabbar for the most points scored in NBA history this season.

When he does it, he may be a bit happier than he would be if someone else owned the record.

LeBron James of the Los Angeles Lakers looks on during the game against the New Orleans Pelicans on April 1, 2022, at Crypto.Com Arena in Los Angeles.
(Adam Pantozzi/NBAE via Getty Images)

“No thoughts and no relationship,” he said Tuesday.

The COVID-19 pandemic seemed to put a strain on any relationship James and Abdul-Jabbar may have had once. This time last year, Andrew Wiggins voiced that he was not going to get the COVID-19 vaccine (he has since received it and regrets it).

After Wiggins’ Golden State Warriors teammate Draymond Green said it wasn’t his place to tell Wiggins to get vaccinated, James sided with Green.

In December, he shared a meme of three Spider-Man superheroes pointing at each other. One was labeled COVID, the other flu and the third one labeled cold, in which James wrote in his Instagram caption, “Help me out folks.”

James being outspoken against the virus irked Abdul-Jabbar, saying he “should be embarrassed.”

“As is evident by some of the comments that cheer LeBron’s post, he’s given support to those not getting vaccinated, which makes the situation for all of [us] worse by postponing our health and economic recovery,” Abdul-Jabbar wrote at the time. “The CDC reports that those who are unvaccinated are 9 times more likely to be admitted to the hospital and 14 times more likely to die from COVID than those vaccinated. The number rises to 20 time more likely when compared to someone who’s gotten a booster shot. By posting the uninformed meme, LeBron has encouraged vaccine hesitancy which puts lives and livelihoods at risk.”

Despite the strain, James took a moment to understand the accomplishment in breaking a record that was last broken on April 5, 1984.

“To sit here and to know that I’m on the verge of breaking probably the most sought-after record in the NBA, things that people said would probably never be done, I think it’s just super humbling for myself. I think it’s super cool. Obviously, Kareem has had his differences with some of my views and some of the things that I do, but listen, at the end of the day, to be able to be in the same breath as a guy that wore this same uniform,” James said.

“A guy that was a staple of this franchise, along with Magic [Johnson], Big Game [James Worthy] over there for so many years, especially in the ’80s, and a guy that does a lot off the floor as well, I think is just super-duper dope for myself to even be in that conversation.”

James needs 1,326 points to set the new record. He has eclipsed that mark in every season but one in which he was often injured in 2020-2021.