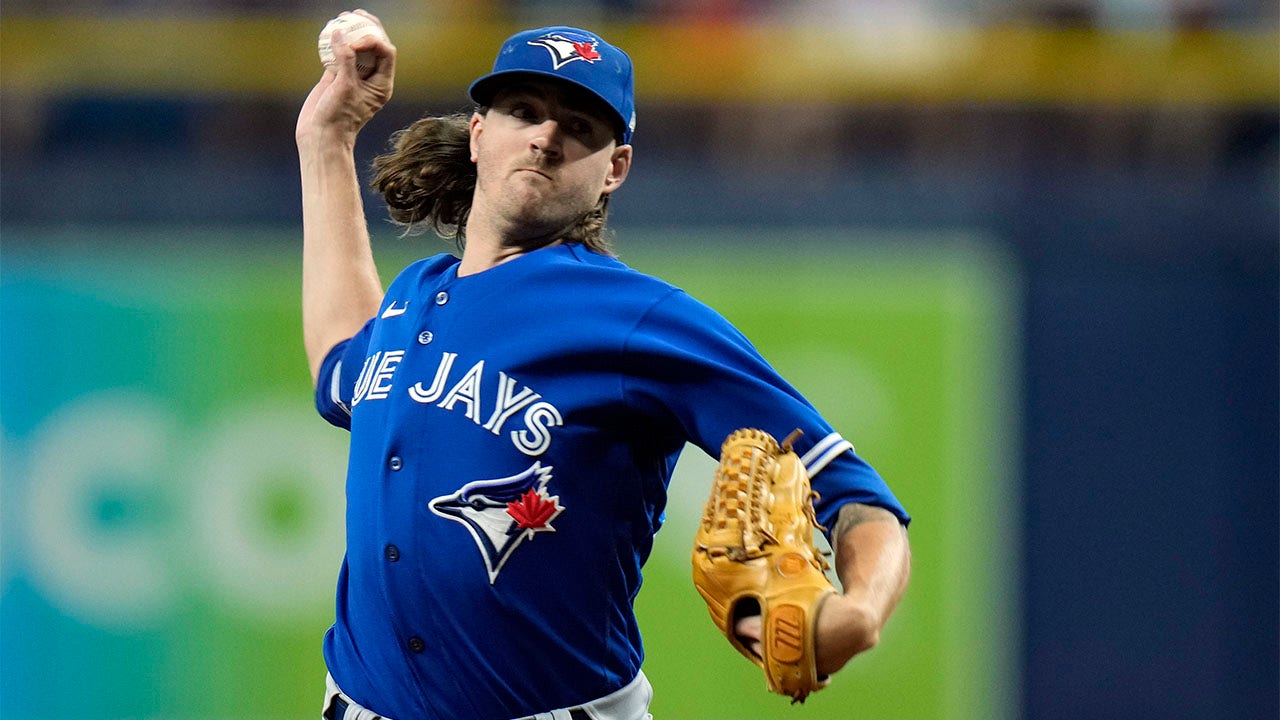 Kevin Gausman allowed one hit and struck out 10 over eight masterful innings and the Toronto Blue Jays opened a nine-game trip with a 3-1 win over the Tampa Bay Rays on Tuesday night.

The Blue Jays have won 11 of 13 and increased their lead over Tampa Bay to four games for the top AL wild-card spot.

Jordan Romano worked the ninth to get his AL-best 25th save despite allowing Taylor Walls leadoff homer in the ninth.

The Blue Jays were busy before the trade deadline an hour before first pitch. They acquired two-time AL All-Star utilityman Whit Merrifield from Kansas City, and got relievers Anthony Bass and Zach Pop from Miami.

“I think I’m feeling great,” Blue Jays interim manager John Schneider said. “We’re excited. We’re confident with our team. We have a really good team with the guys that are in here right now and we just made it better.”

Gausman (8-8) walked Randy Arozarena leading off the first, hit Isaac Paredes with a pitch with one out then retired 14 in a row before Walls singled for the Rays’ first hit to start the sixth. The right-hander threw 75 of 103 pitches for strikes.

“He was locating his heater … He was nasty,” Schneider said. “When he puts that where he wants it in the zone with his spilt, he’s really, really tough to hit. He was just basically dominant tonight.”

“Delivery-wise, felt in rhythm,” Gausman said. “I just think I matched up pretty well against a lot of them. We just didn’t make any mistakes.”

Toronto went up 1-0 in the first when Vladimir Guerrero Jr. doubled and scored on a single by Bo Bichette off Drew Rasmussen (6-4). Guerrero has a 13-game hitting streak.

Danny Jansen flared a two-run single to center with two outs in ninth.

Rasmussen gave up one run and six hits over six innings.

Tampa Bay is 3-8 since the All-Star break and averaging three runs a game over the stretch.

“This is a game where you might come in one day and have 15 hits and the next day you have zero,” Walls said.

Center fielder Jose Siri, acquired from Houston on Monday, went 0 for 3 in his Rays debut. He made a nifty sliding catch to take a hit away from Bichette with two on and two outs in the third and just missed making a diving catch on Jansen’s single.

“Unbelievable play,” Tampa Bay manager Kevin Cash said. “Kind came out of no where. Very encouraged. He was frustrated with himself that he didn’t catch the final one (Jansen’s hit). I’m not sure how many center fielder’s do catch that one.”

Despite making only a minor deal Tuesday, sending OF Brett Phillips to Baltimore for $100,000, Tampa Bay should be getting big-time help in late August or early September from within.

Blue Jays: OF George Springer (right elbow) was out of the lineup for the third time in the last four games. He will be re-evaluated Wednesday.