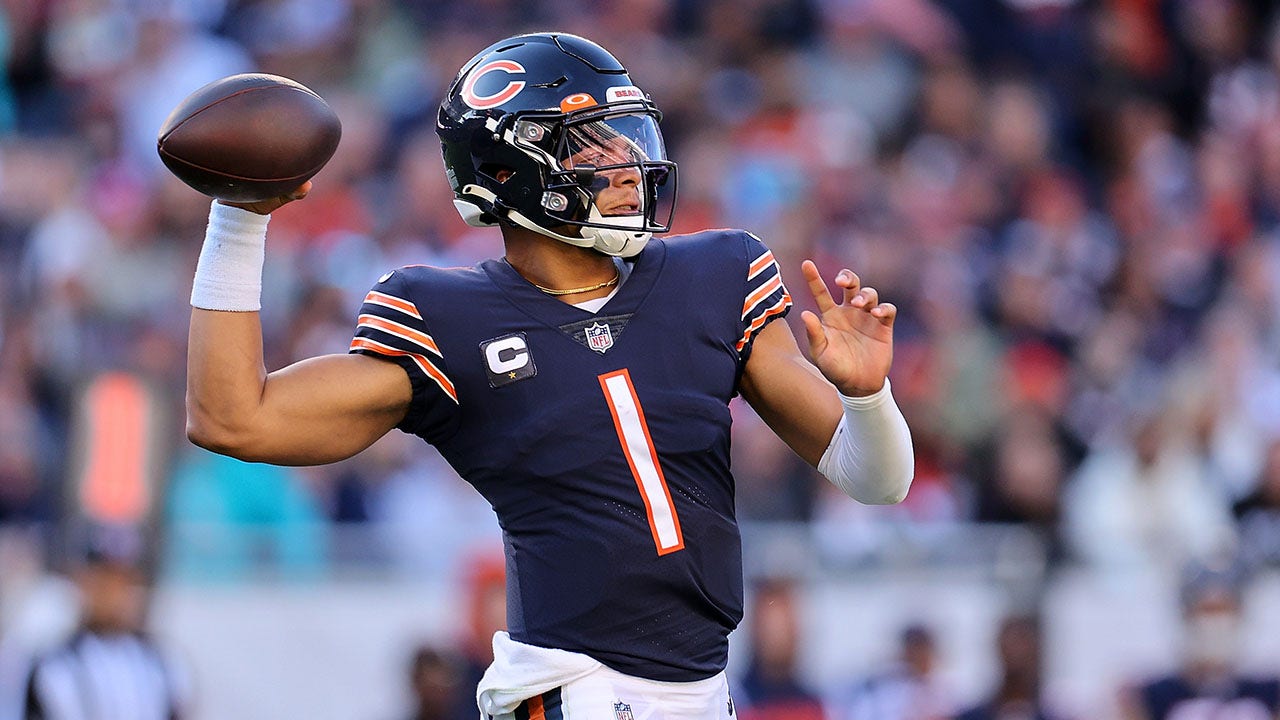 Justin Fields played through Sunday’s game with a shoulder injury, but after the game, Chicago Bears head coach Matt Eberflus cast doubt on both his short-term future and his status for the rest of the season.

Eberflus said Monday that Fields was “day to day,” but now it makes sense why he also didn’t rule out a season-ending injury.

Justin Fields of the Chicago Bears throws a pass during the fourth quarter against the Miami Dolphins at Soldier Field on Nov. 6, 2022, in Chicago.
(Michael Reaves/Getty Images)

Fields spoke to reporters on Wednesday and revealed the severity of his injury.

“It’s a separated shoulder with a partially torn ligament, basically an AC joint,” he said.

That explains why the QB was clearly uncomfortable in the Bears’ 27-24 loss to the Atlanta Falcons.

Surely, it’s a pretty serious injury. But there is a silver lining: it is his left (non-throwing) shoulder.

Chicago Bears quarterback Justin Fields throws the ball during a game against the Baltimore Ravens on Nov. 21, 2021, at Soldier Field in Chicago.
(Robin Alam/Icon Sportswire via Getty Images)

Of course, Fields has become somewhat of a sensation with his legs recently. In his last six games, he’s rushed for a total of 640 yards, averaging 106.7 yards on the ground per game.

As long as his legs are healthy, and he can throw the ball, Fields thinks he’ll be on the field with no limitations.

“I just feel like if I can play, and I’m not furthering risking injury, and I can do what I need to do to be able to protect myself, I think that’ll be good enough for us,” he said.

Chicago Bears quarterback Justin Fields runs with the ball during the second half against the Miami Dolphins, Nov. 6, 2022, in Chicago.
(AP Photo/Charles Rex Arbogast)

Fields, if active, will face the New York Jets in East Rutherford on Sunday. The Jets have benched Zach Wilson, whom they took over Fields with the second overall pick in 2021.