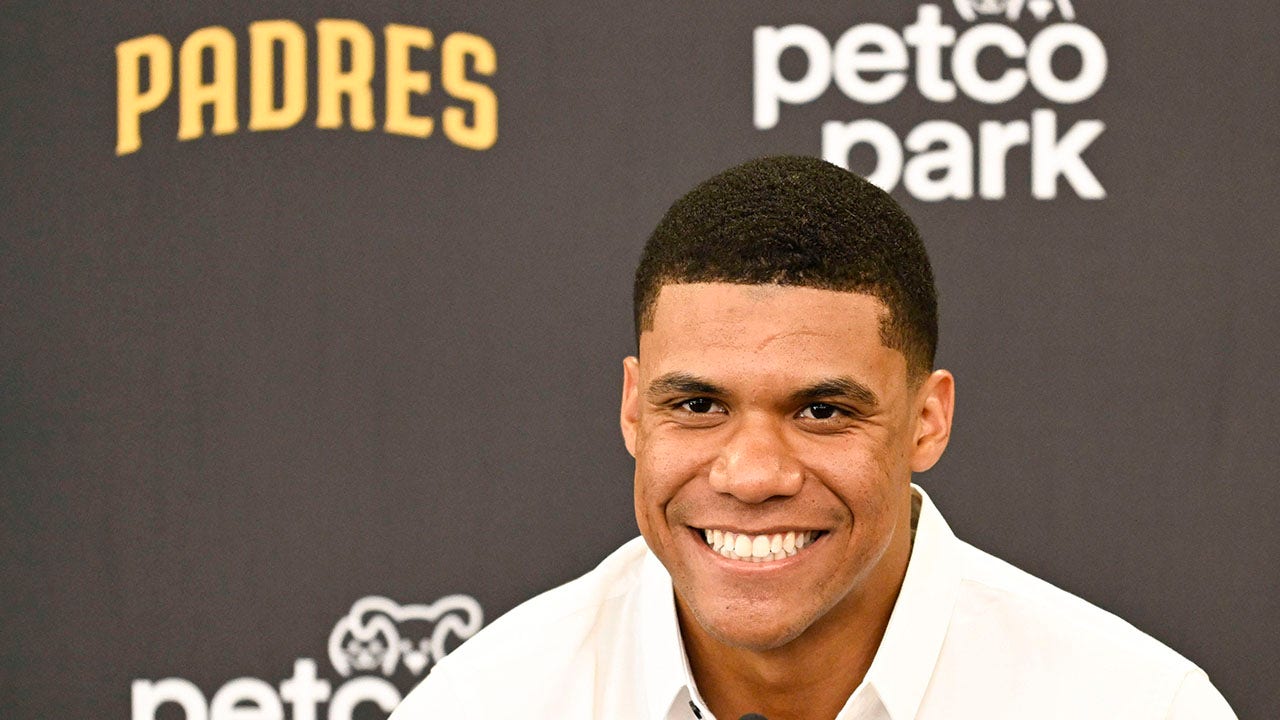 Arguably the biggest trade in baseball history went down a few hours prior to the deadline, as Juan Soto was sent to the San Diego Padres.

The 23-year-old superstar, along with Josh Bell, now join an already stacked lineup that includes Manny Machado and, when he returns from injury, fellow young phenom Fernando Tatis Jr.

Juan Soto #22 of the San Diego Padres listens to a question during a news conference held to introduce him to the team August 3, 2022 at Petco Park in San Diego, California.
(Denis Poroy/Getty Images)

When Tatis comes back, the Padres might have the best 2-5 in all of baseball with him, Soto, Machado, and Bell (in some order).

Soto knows it, and let everyone know at his introductory press conference on Wednesday.

“It’s going to be really tough to go through. I wish good luck to the other pitchers,” he said quite simply, via MLB.com.

The Padres have spent the last several years totally revamping their roster. It started with signing Eric Hosmer in 2018.

They then brought in Machado on an historic deal a year later and made other acquisitions for Yu Darvish, Joe Musgrove, Blake Snell and plenty others.

Just this trade deadline, they also added Josh Hader and Brandon Drury, making them a legitimate threat to win the World Series.

“The time is now for the Padres,” added Bell.

The Padres currently sit well behind the Los Angeles Dodgers in the NL West (11.5 games), but they are sitting pretty comfortably in the wild-card race. They lead the first team out — the St. Louis Cardinals — by 3.5 games and hold the second wild-card spot.

They are another 3.5 games behind the Atlanta Braves for the top wild-card spot. If the season ended today, they would face the defending champion Braves in the Wild Card Series.