Jaguars’ Andrew Wingard doesn’t hold back praise after win over Ravens: ‘I would die for Doug Pederson’ 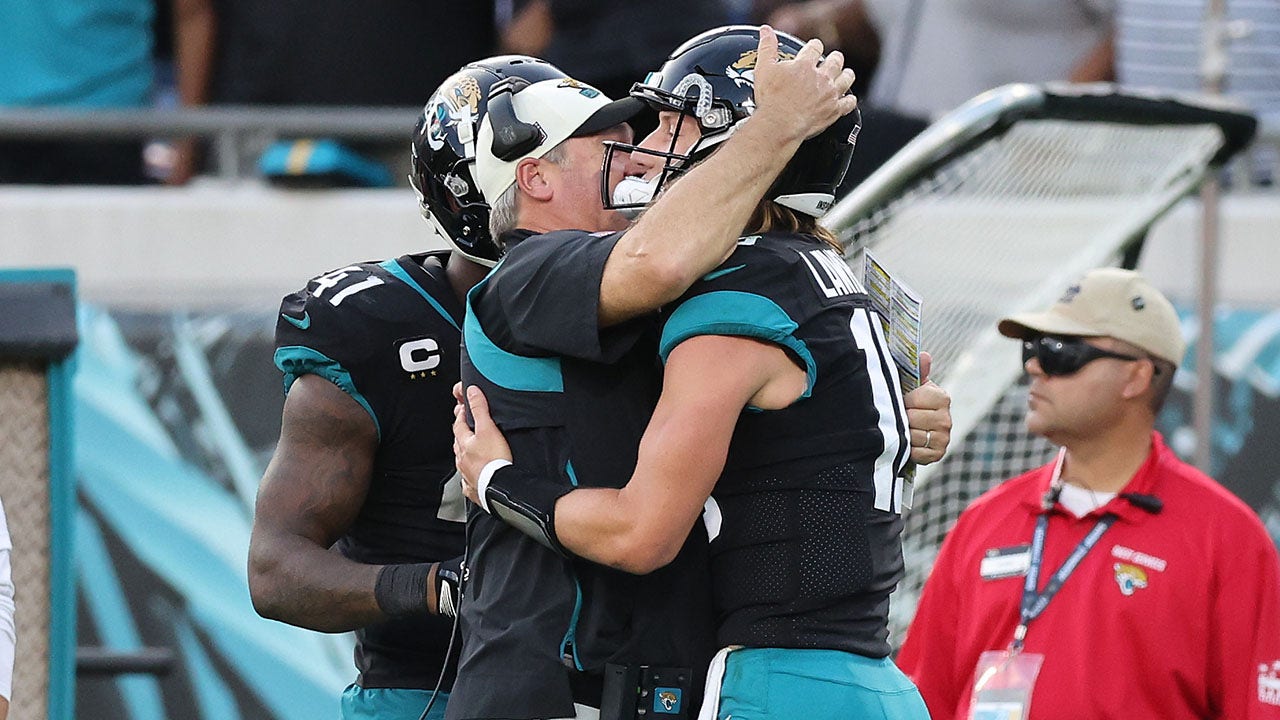 “I’m just so happy for Trevor because he had to deal with Urban Meyer last year as a rookie, and I don’t even know if he had a rookie year. And to see the growth he’s made, not just on the field, but just like his preparation, his demeanor, all that,” Wingard said in the locker room, via Action Sports Jax.

Trevor Lawrence #16 of the Jacksonville Jaguars scrambles during the first half in the game against the Baltimore Ravens at TIAA Bank Field on November 27, 2022 in Jacksonville, Florida.
(Courtney Culbreath/Getty Images)

Lawrence went 29 of 37 for 321 yards, three touchdowns and no interceptions but his biggest flex of the day came in the final seconds of the game with a 10-yard touchdown pass to Marvin Jones Jr.

Pederson decided to go for the two-point conversion and Lawrence found Zay Jones in the endzone to give Jacksonville the lead with 14 seconds left.

Trevor Lawrence #16 of the Jacksonville Jaguars celebrates a play with head coach Doug Pederson during the second half in the game against the Baltimore Ravens at TIAA Bank Field on November 27, 2022 in Jacksonville, Florida.
(Mike Carlson/Getty Images)

“He hasn’t changed his attitude whatsoever. We come into work, we keep working, we just keep chipping away, and eventually it’s going to pay off and it did today. The feeling in the locker room was awesome. I love this team.”

Head coach Doug Pederson of the Jacksonville Jaguars on the sidelines during the fourth quarter in the game against the Baltimore Ravens at TIAA Bank Field on November 27, 2022 in Jacksonville, Florida.
(Courtney Culbreath/Getty Images)

Lawrence has shown real consistency over the last few weeks, completing 76.9% of his passes for 815 yards, with six touchdowns and no interceptions over the Jaguars last three games (2-1).

“This guy throws an incredibly good football and he’s smart and he sees the field, and he can make all the throws,” Pederson said Sunday. “You’re just seeing that. You’re just seeing that execution with him and that maturity with him. … So it’s a step in the right direction for Trevor. Excited for his growth obviously.”