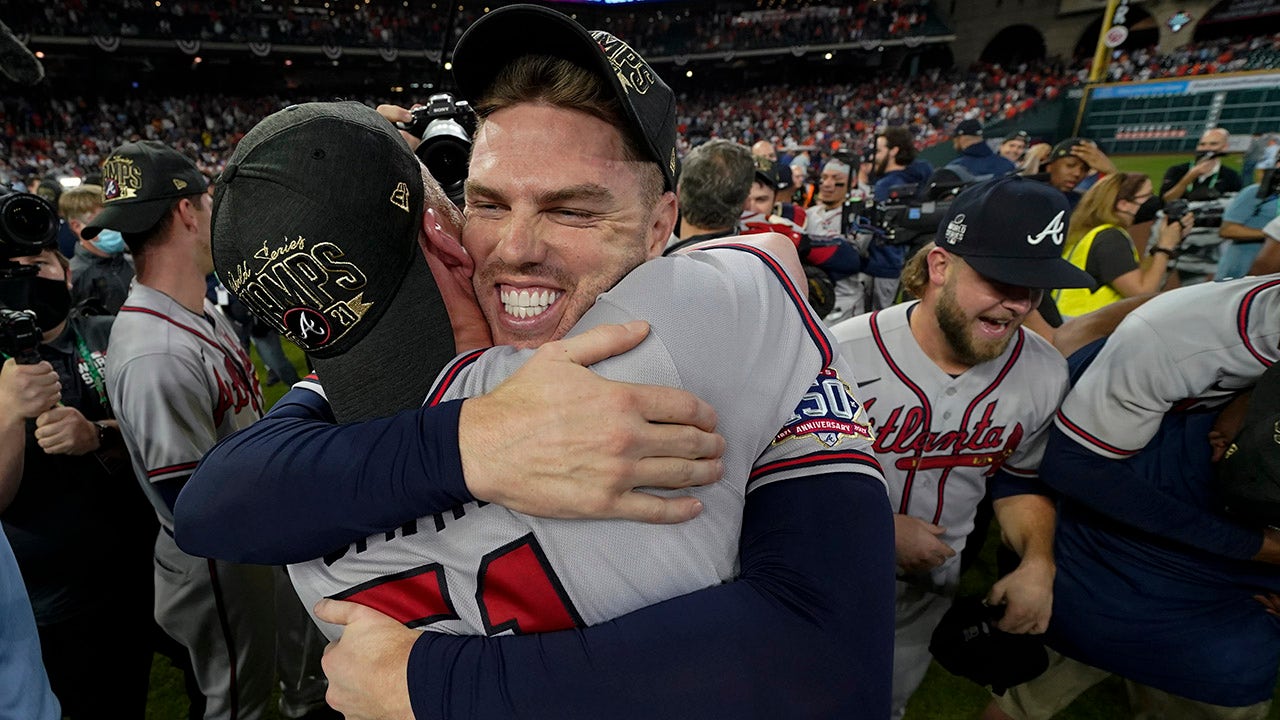 Freddie Freeman is headed home to Southern California and the Los Angeles Dodgers.

The first-time free agent and the Dodgers have agreed to a $162 million, six-year contract, according to a person familiar with the deal. The person spoke to The Associated Press on the condition of anonymity late Wednesday night because the move had not yet been announced by the team.

Freeman was the 2020 National League MVP. The first baseman helped the Atlanta Braves to their fourth straight NL East title last season and their first World Series championship since 1995.

It was assumed that Atlanta would try to lock up Freeman, who had never played for another team. But a deal didn’t get done before the labor lockout began in early December and then the Braves traded for All-Star first baseman Matt Olson from Oakland and signed him to a $168 million, eight-year deal this week, signaling the end of Freeman’s long tenure in Atlanta.

Now the 32-year-old five-time All-Star will be playing not far from where he grew up in Orange County. He already lives in the area in the offseason.

Freeman is from Fountain Valley, where he rooted for the Los Angeles Angels as a kid.

Adding Freeman gives the Dodgers an even more imposing lineup. He’ll join former MVPs Mookie Betts and Cody Bellinger, along with Trea Turner, Max Muncy and Justin Turner. The lineup already was among the National League’s best last year with 237 home runs and 5.12 runs per game to go with 612 walks and an OPS of .759.

Freeman gives the Dodgers a left-handed bat in the middle of the order to replace Corey Seager, who signed with the Texas Rangers as a free agent.

Muncy, a left-handed hitting first baseman, can move to second base or serve as the designated hitter, which becomes permanent in the NL this season.

Muncy was sidelined for the entire postseason last year after sustaining an elbow injury in a collision at first on the last day of the regular season. Manager Dave Roberts has said Muncy should be available for opening day on April 8, but he’s unsure whether Muncy will be ready to start at first.

A career .295 hitter, Freeman has surpassed 20 homers eight times with a career-high 38 in 2019. He has a pair of 100-RBI seasons on his resume, and three other years when he drove in more than 90 runs. He has three Silver Slugger awards and a Gold Glove for his defensive work.

Freeman was a second-round draft pick by Atlanta in 2007 and quickly worked his way through the farm system. He was a September call-up in 2010, making his big league debut less than two weeks before his 21st birthday.

Freeman took over as the starter at first base the following year, finishing second in NL Rookie of the Year balloting to Braves teammate Craig Kimbrel after hitting .282 with 21 homers and 76 RBIs.

Atlanta Braves’ Freddie Freeman rounds second base as he gets a triple during the fourth inning of a baseball game against the Miami Marlins, Wednesday, Aug. 18, 2021, in Miami. (Associated Press)

Since then, Freeman had been a stalwart in the Braves lineup, even as the perennial playoff contender went through a painful rebuilding job after winning the NL East title in 2013.

Freeman endured four straight losing seasons while Atlanta rebuilt its depleted farm system, but the team made clear he was the centerpiece of its overhaul by signing him to a $135 million, eight-year contract that was the longest and largest in franchise history.

In 2018, with Freeman surrounded by a new group of budding young stars such as Ronald Acuña Jr. and Ozzie Albies, the Braves climbed back to the top of the NL East to begin a new run of divisional dominance.

Freeman won his MVP award in the pandemic-shortened 2020 season, hitting .341 with 13 homers and 53 RBIs in 60 games — a remarkable performance after he endured a bout with COVID-19 that left him worrying whether he would survive.

Atlanta won a postseason series for the first time since 2001 — two of them, in fact — before squandering a 3-1 lead and losing to the Dodgers in the NL Championship Series.

Bouncing back from that disappointment, the Braves won their fourth straight division title in 2021 and went on to capture their first World Series championship in 26 years by beating the Houston Astros.

Atlanta Braves’ Freddie Freeman looks over his shoulder as he enters the batting cage during a baseball workout in St. Louis, Oct. 5, 2019. (Associated Press)

Freeman had another stellar season, leading the league in plate appearances (695) and runs (120) while batting .300 with 31 homers and 83 RBIs. Appropriately enough, he caught the final out of the World Series on a throw from shortstop Dansby Swanson.

As the Braves celebrated their championship at Minute Maid Park, Freeman made it clear he wanted to stay in Atlanta.

“This is a crazy game, a crazy business,” he said. “But everyone knows this is where my heart is.

“I’ve been here since I was 17 years old, almost half my life I’ve been in this organization,” he went on. “It means everything to put that Braves uniform on every day.”