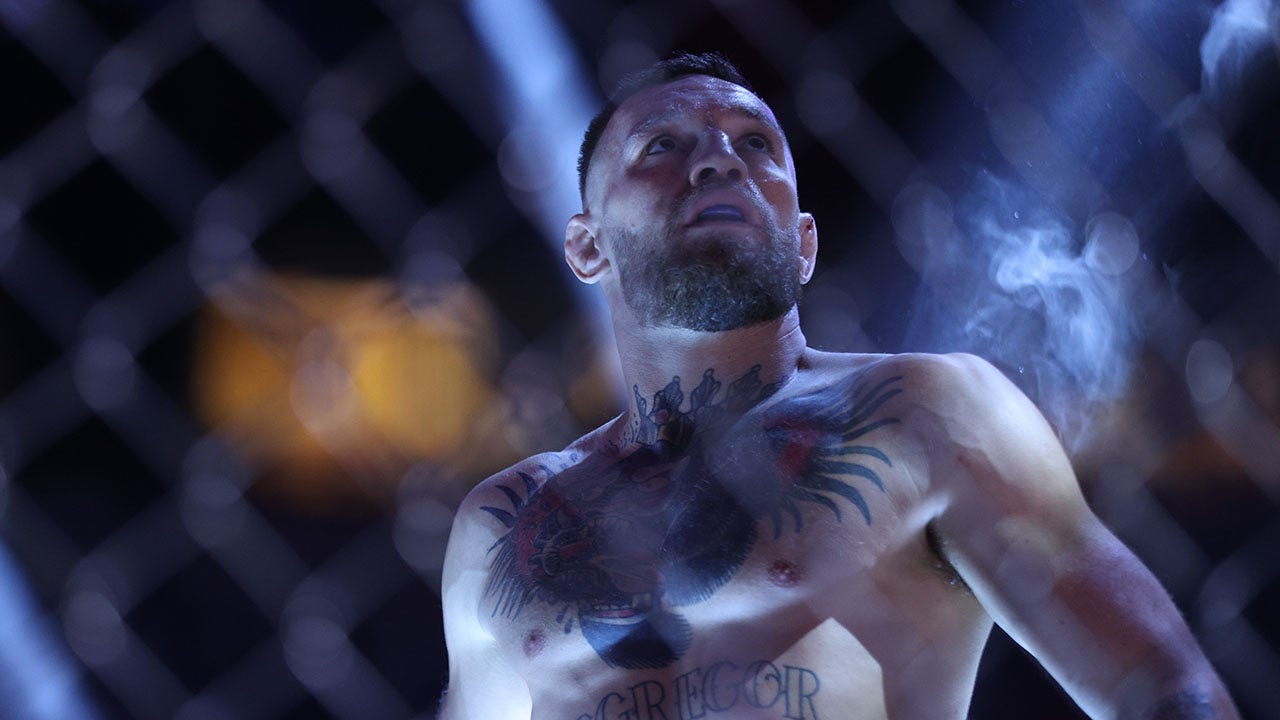 Ex-fighter Artem Lobov is suing close friend Conor McGregor, claiming he had the idea for the Proper No. Twelve whiskey brand.

McGregor and two partners sold a majority stake of the brand to Proximo Spirits for $600 million last year. Lobov is seeking a percentage of the profits.

Lobov and McGregor previously trained together.

Conor McGregor before a lightweight fight with Dustin Poirier during UFC 264 at T-Mobile Arena in Las Vegas.
(Thomas King/Sportsfile via Getty Images)

“My client is a retired professional fighter with a master’s degree from DCU in finance and capital markets,” McNamara said. “We have issued High Court proceedings on his behalf to enforce an agreement with Mr. McGregor regarding the Proper No. Twelve whiskey brand. My client was the initial creator and co-founder of the concept to launch an Irish whiskey brand associated with Mr. McGregor. As these matters are now before the court, we will not be making any further comment.”

In an interview with Talksport, Lobov suggested he had a deal with a whiskey distillery in place and presented it to McGregor.

“The selling point of my book will be the Proper 12 Whiskey story. A few people know, but this was actually my idea. I was the person who came up with the idea to do a whiskey for Conor,” Lobov said.

“Once the deal was ready, I went to Conor and I said, ‘Conor, I have the deal ready for you. This is going to be a billion-dollar deal, no messing here.’ I’m not sure if he took me seriously or not at the time with the billion dollars. We continued working on it and, as you can see, it was a massive success. I’m really happy to see that, and I’m really happy to be a part of it.”

Lobov also said he declined a $1 million offer from McGregor. The lawsuit states Lobov is seeking 5% of the proceeds from the 2021 sale. The percentage would represent $30 million.

McGregor has not commented on the lawsuit.

A representative for the UFC star told The Irish Independent Lobov’s claims were not accurate.