Colts’ Jeff Saturday explains refusal to use timeouts on final drive: ‘Felt like we had time’ 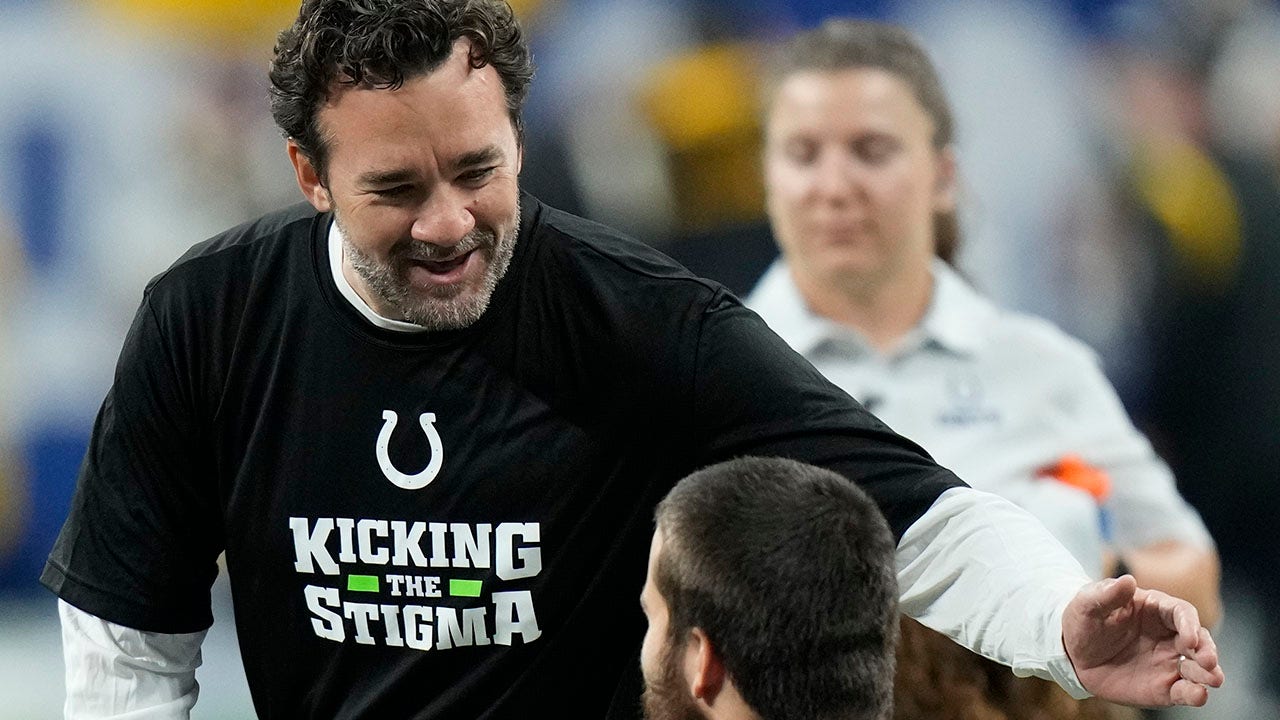 Indianapolis Colts coach Jeff Saturday took the brunt of the criticism for his play-calling on the team’s final drive of the game against the Pittsburgh Steelers on Monday night.

The Colts had all three timeouts with under 2 minutes to play and only used one during run plays as the team was trying to drive down the field and secure a tie to force overtime or the lead to win the game.

Head coach Jeff Saturday of the Indianapolis Colts looks on against the Pittsburgh Steelers during the first quarter in the game at Lucas Oil Stadium on Nov. 28, 2022 in Indianapolis.
(Michael Hickey/Getty Images)

After converting on fourth down, Matt Ryan took a first-down sack. On the next play, he would scramble for 14 yards and on third down the team decided to try another run play get the first down, but they failed to get it. The team only used their first timeout after the Jonathan Taylor run. Ryan then threw an incomplete pass toward Parris Campbell, despite the contact that could have warranted a penalty.

Saturday explained to reporters he thought he had enough time.

Indianapolis Colts quarterback Matt Ryan, #2, dives for a first down during the second half of an NFL football game against the Pittsburgh Steelers, Monday, Nov. 28, 2022, in Indianapolis.
(AP Photo/Michael Conroy)

“I didn’t feel like time was of the essence at the moment,” Saturday told reporters after the game, via the team’s website. “I thought we had a good play. … We obviously don’t do great on the backside, so it’s worse. But I felt good about the call before. Felt like we had time; we would have had timeouts afterwards. We were in striking distance.

“So yeah, I never felt like the pressure of needing the timeout. Like I said, I thought the call was good, and again, we were in that (hurry-up) mode pretty much the whole second half, so it was pretty consistent with what we were doing, so again, it wasn’t like a change for us. We just didn’t execute it.”

Ryan finished 22-for-34 with 199 passing yards and a touchdown pass to Pittman. Taylor led the team with 86 rushing yards. Jelani Woods had eight catches for 98 yards.

Pittsburgh, who came into the game losers of three of their last four, improved 4-7 on the season while Indianapolis fell to 4-7-1.