Bills’ GM Brandon Beane on Bengals’ advantage: ‘I don’t want to suck bad enough to have to get Ja’Marr Chase’ 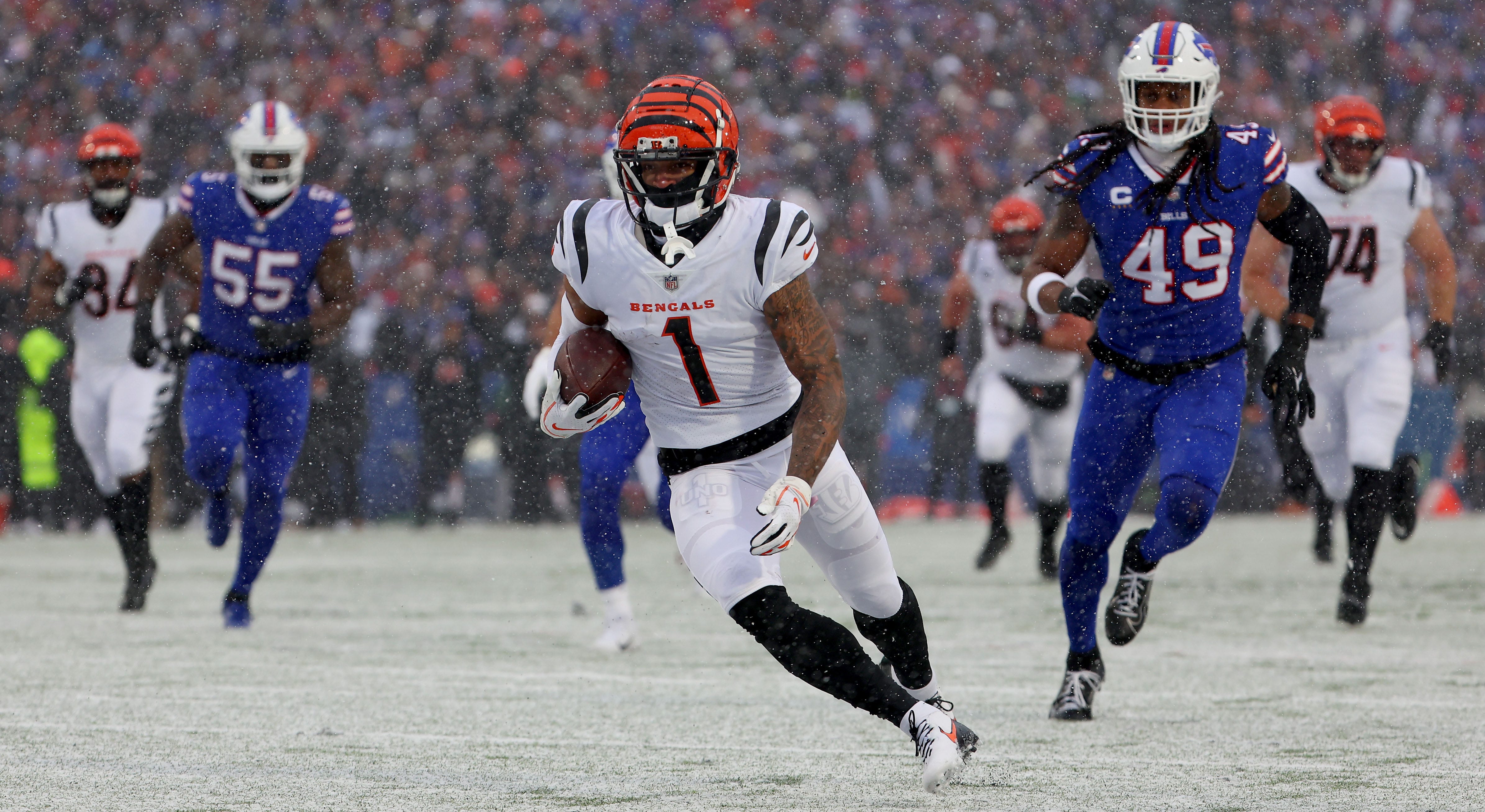 Bills general manager Brandon Beane pointed out a stark difference between Buffalo and Cincinnati following Sunday’s disastrous loss in the divisional round and seemingly took a thinly veiled shot at the Bengals in the process.

Speaking at his end-of-year press conference on Tuesday, Beane was asked if he believes there’s anything about the Bengals’ roster that the Bills should try to emulate in the offseason “in order to close that gap.”

Joe Burrow of the Cincinnati Bengals warms up before kickoff against the Buffalo Bills at Highmark Stadium on Jan. 22, 2023, in Orchard Park, New York.
(Cooper Neill/Getty Images)

“No, they have a good team – they right now are on the advantage of a rookie quarterback contract. And they had some lean years and without getting too much into their build – I don’t want to suck bad enough to have to get Ja’Marr Chase.”

Beane continued: “He’s a heck of a talent, I’d love to have but you gotta go through some lean years to do that and they were able to get [Joe] Burrow at No. 1, and I don’t remember where Chase was drafted, pretty high, and those guys are on their rookie deals.”

Ja’Marr Chase of the Cincinnati Bengals runs the ball to score a touchdown against the Buffalo Bills during the AFC divisional playoff game at Highmark Stadium on Jan. 22, 2023, in Orchard Park, New York.
(Timothy T Ludwig/Getty Images)

Beane was not discrediting the Bengals star players, but he was pointing out the obvious.

“But they have a really good team. They’ve got some good young players – we’re going to try and get as many good players as we can through the draft and through free agency but again, our cap situation is a little different.”

Beane said he plans to rework a few contracts in the offseason in order to fill the gaps, but cautioned that they have to be smart about it.

“We may have to rework a few contracts. It’s not that we’re not going to do that. But I also don’t want to, in two years, be a hundred million over the cap, like we’ve seen teams have to do.”