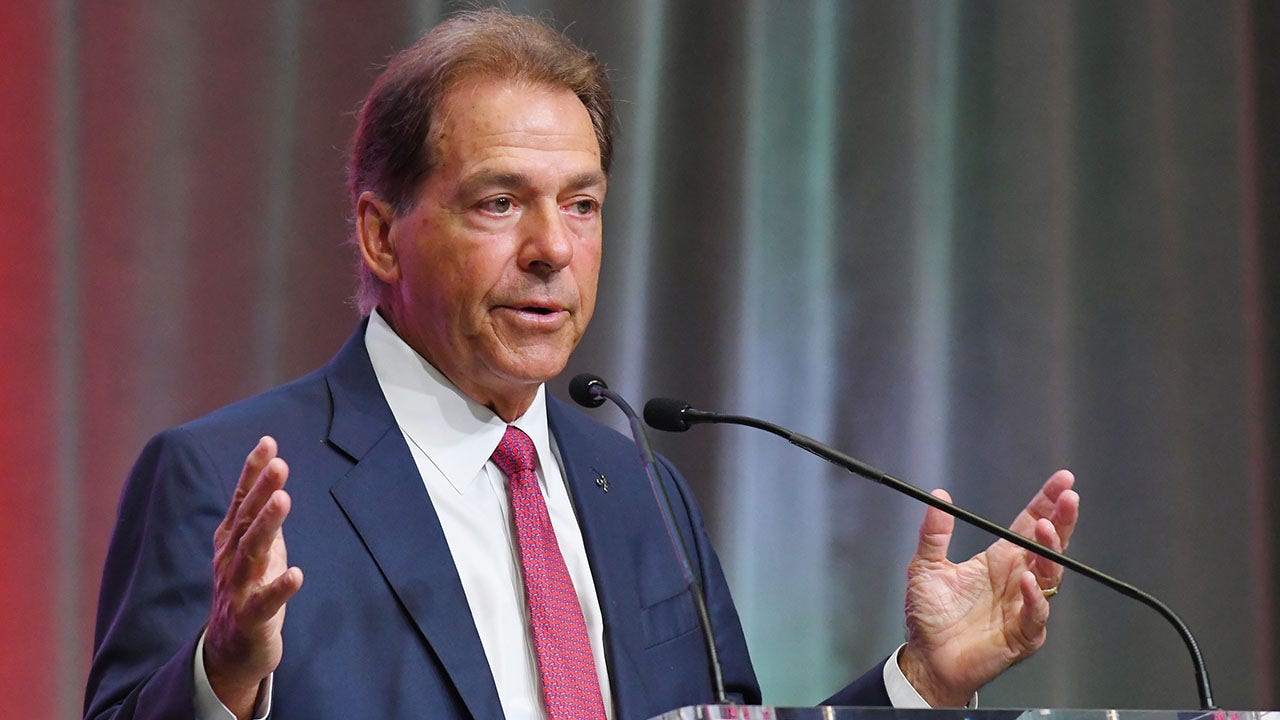 An overall record of 13-2, an SEC championship and a trip to college football’s national championship would usually be considered one of the most successful seasons in a program’s history.

Not for Alabama. Not for head coach Nick Saban.

“Last year, we had kind of a rebuilding year,” Saban said Wednesday on “McElroy and Cubelic in the Morning.”

Alabama entered the 2021 season the preseason No. 1, losing just one regular season game to Texas A&M in October. In the SEC championship game against undefeated and No. 1 Georgia, the Crimson Tide rolled, beating the Bulldogs 41-24.

In the semifinals of the College Football Playoffs, Alabama easily handled undefeated Cincinnati to advance to its sixth CFP final before losing to Georgia.

“That, in and of itself, creates a few more question marks. But it also creates opportunity for other players to be able to shine in the program and contribute in a positive way. So, nobody knows for sure how this stuff is going to come to fruition, but that’s part of the excitement and challenge we have to be able to develop a team.”

Alabama enters the 2022 college football with the reigning Heisman Trophy winner under center as quarterback Bryce Young enters his third season in Tuscaloosa.

“What we admire about Bryce is he’s very bright,” Saban said of Young Tuesday, according to AL.com. “He does a good job of preparing. He’s always on top of exactly what we want to do, how we want to execute it. The thing we try to emphasize with him — because he has a calm demeanor — is his presence is important to the rest of the players. He’s made strides in affecting other people on offense in a positive way.”

Alabama is scheduled to begin fall camp this week. The Crimson Tide open the regular season Sept. 3 against Utah State.