NH GOP candidate speaking for 24 hours to ‘save the filibuster’, after Biden reveals support to end procedure 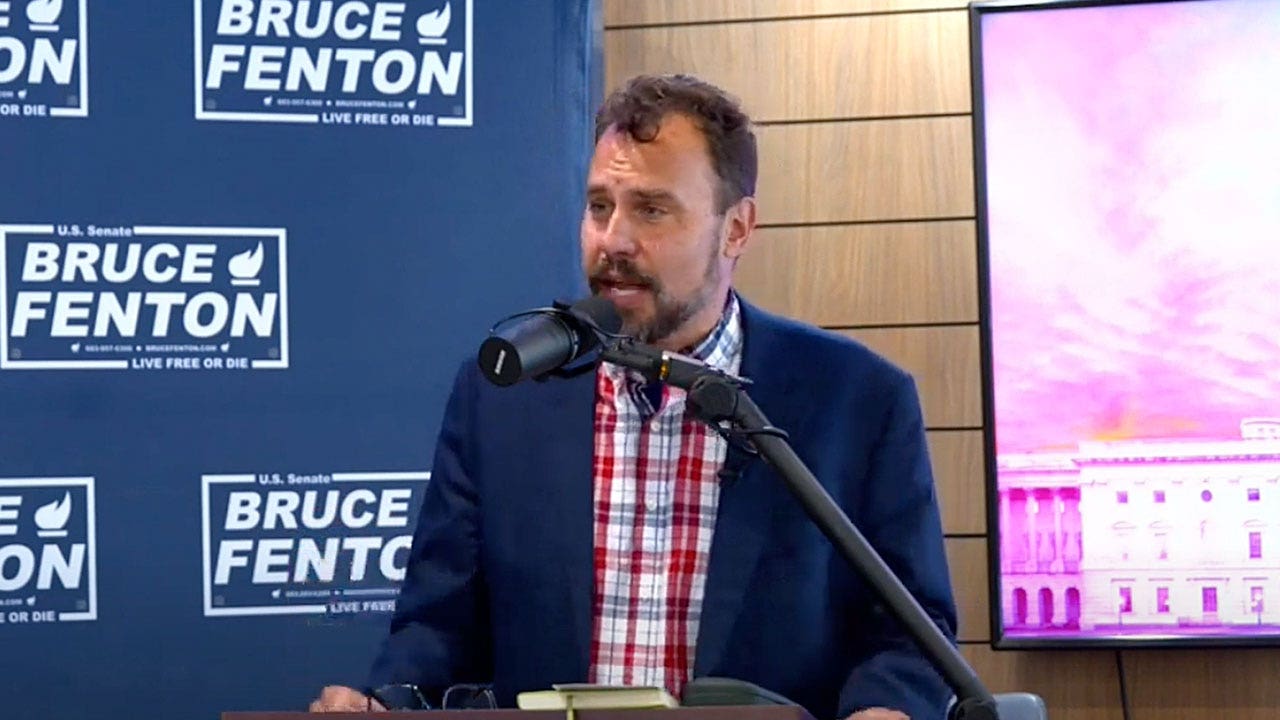 Bruce Fenton, a GOP candidate running for the New Hampshire Senate seat, is speaking for 24 hours on a livestream Monday to launch his “Filibuster to save the filibuster” campaign, after President Biden said he would support Congress ending the procedure to pass legislation protecting abortion access.

The filibuster is a political tactic of unlimited debate when one or more members talk for an extended period of time in order to delay or prevent the Senate from voting on bills.

During the first few hours of his protest to protect the filibuster and push his campaign, Fenton spoke to Fox News Digital to discuss his reasoning behind the campaign and the message he hopes to relay to voters.

“In honor of the U.S. Senate of the filibuster, I am giving a real long speech. I’m going to see how long I can go here talking about freedom and liberty. The filibuster in the Senate is an important power, and it’s under threat by the Biden administration and others, so I think it’s an important thing to defend,” he told Fox News Digital Monday.

Fenton also mentioned in the exclusive statement that he hopes his efforts will, “Get people talking about the filibuster. This is something that is a useful thing in the U.S. Senate and you want to have people that are capable of doing the filibuster. Most politicians can’t say five sentences without a teleprompter or somebody telling them what to say.”

The comment comes after President Biden misread his teleprompter on multiple occasions. The president was also recently seen with a ‘talking points’ card that directed his every move during a speech, including reminding him to ‘sit down’.

“What I’m doing is a little extreme,” Fenton exclaimed, “but one thing that I’ve really liked in my campaign is an open and free flow of dialogue to be able to just talk to people, be off script, and answer questions. A lot of politicians are afraid of that. The candidates are afraid of that because they’re scared they’re going to be asked questions that they don’t want to answer. They shouldn’t be the kitchen if they can’t stand the heat.”

Sen. Joe Manchin, D-W.Va., is one of the few Democrats in the Senate to support the filibuster.
(U.S. Senate)

His message to voters going into the primary is to, “Be informed. You should be active, the primaries are very important. We talk about a red wave, but we need to get the right candidates in the primaries before then. I definitely recommend that people spend time and learn about the candidates. It’s very important times right now, we’ve got to get this right.”

FILIBUSTER: WHAT TO KNOW ABOUT THE POLITICAL DELAY TACTIC

The Republican candidate is also hoping to, “Get some recognition and get the word out,” as he continues his Senate campaign to oust the current Democrat leadership. “It’s a good way to rally supporters, rather than do a million little events.”

According to U.S. Senate records, the longest recorded filibuster was in 1957, when Sen. Strom Thurmond spoke for 24 hours and 18 minutes against the Civil Rights Act of 1957.

Fenton, whose campaign slogan is ‘Live Free or Die’, is a Second Amendment supporter and pro-life advocate who is seeking to represent the Republican Party in New Hampshire this November. Sen. Maggie Hassan, D-NH, currently holds the seat and is running for reelection.

The New Hampshire primary will take place on September 13, 2022.

Aubrie Spady is a college associate for Fox News Digital.