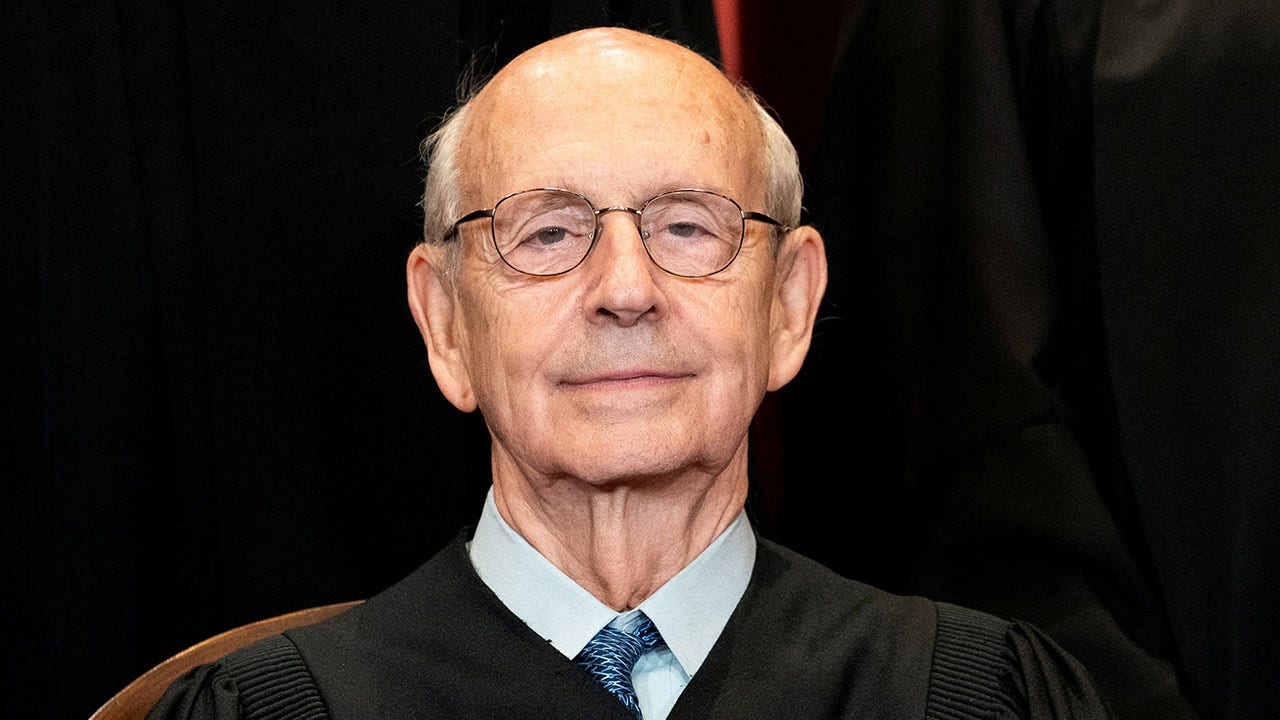 Harvard said Friday that Breyer, who retired from the Supreme Court on June 30, is re-joining its law school faculty. Breyer is a graduate of the law school and first joined the Harvard faculty in 1967. He continued to teach at Harvard after he became a federal appeals court judge in 1980 until former President Bill Clinton nominated him to the Supreme Court in 1994.

Harvard said in a statement that Breyer will “teach seminars and reading groups, continue to write books and produce scholarship, and participate in the intellectual life of the school and in the broader Harvard community.”

Breyer, 83, does not yet have any classes listed in Harvard’s online course catalog. However, the school said his appointment as Byrne Professor of Administrative Law and Process would be effective immediately. Breyer is a longtime expert in administrative law, the law surrounding government agencies, and co-authored a textbook on the subject.

Justice Stephen Breyer poses for a group photo with his colleagues at the Supreme Court in Washington, April 23, 2021.
(Erin Schaff/Pool via Reuters/File Photo)

In announcing his retirement, Breyer had cited provisions of 28 U.S.C. § 371(b). That statute allows justices to retain their title but step down from active duty and continue to collect a salary if they reach a certain age and serve for a designated number of years. Breyer is well beyond the required 10 years of service for those who retire at age 70 or older, as he has served on the Supreme Court since 1994.

Harvard’s announcement included a statement from Breyer. “I am very pleased to return to Harvard to teach there and to write,” he said. “Among other things, I will likely try to explain why I believe it important that the next generations of those associated with the law engage in work, and take approaches to law, that help the great American constitutional experiment work effectively for the American people.”

Breyer has not said what else he might do in retirement. A 1937 law allows retired Supreme Court justices to continue to hear and decide cases on lower federal courts, a practice called “sitting by designation.”

Breyer has not said if that is something he will do.

“It has been my great honor to participate as a judge in the effort to maintain our Constitution and the Rule of Law,” Breyer wrote.

Judge Ketanji Brown Jackson is sworn in as an associate justice of the Supreme Court by Chief Justice John Roberts as Jackson’s husband Patrick Jackson holds the Bible in Washington, June 30, 2022.
(Supreme Court of the United States/Handout via Reuters)

Breyer joined the Supreme Court after his nomination from President Bill Clinton, making him the second-longest serving active justice prior to his retirement, behind Justice Clarence Thomas, who joined in 1991.

As Breyer had previously announced that he would retire at the end of the term, it allowed President Biden to nominate a replacement before Breyer officially stepped away from the bench.

Biden, who had said he would select a Black woman for the job, chose D.C. Circuit Court Judge Ketanji Brown Jackson. The Senate confirmed Jackson’s nomination in April. She was sworn in on June 30.

Fox News’ Ronn Blitzer and The Associated Press contributed to this report.

Danielle Wallace is a reporter for Fox News Digital covering politics, crime, police and more. Story tips can be sent to [email protected] and on Twitter: @danimwallace.