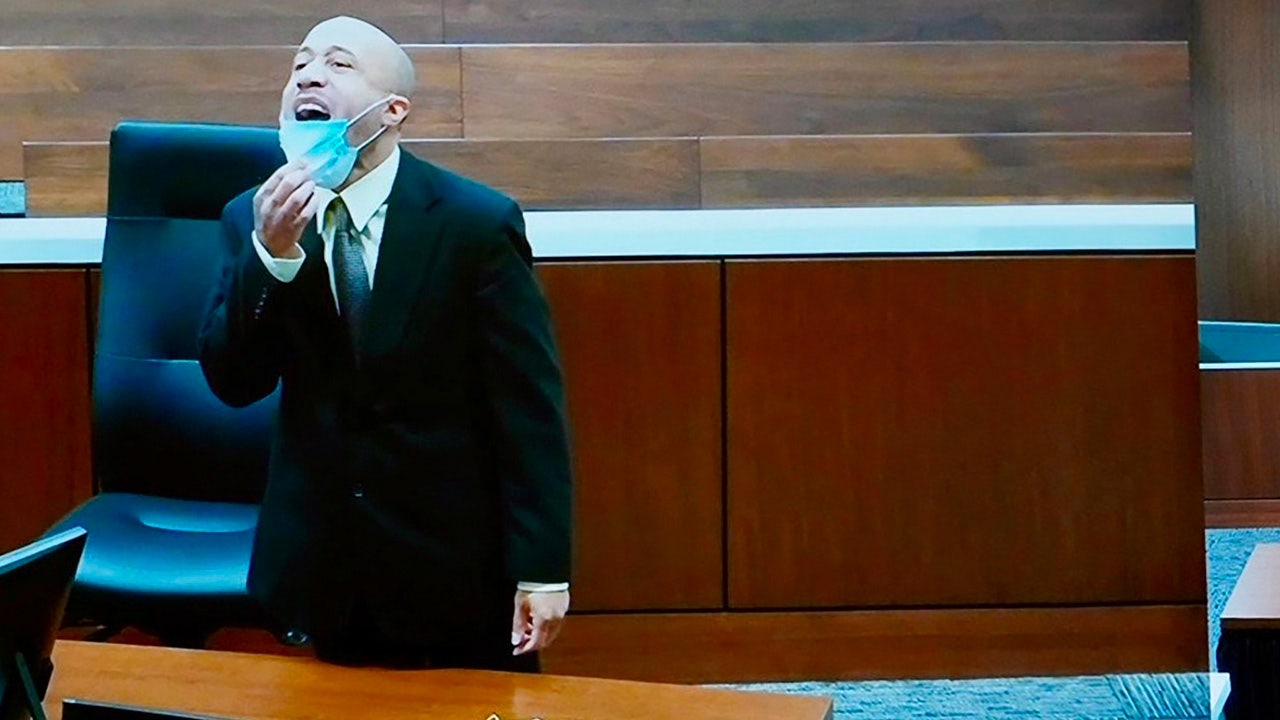 The accused Waukesha Christmas parade killer was removed from the courtroom Tuesday on the second day of jury selection after his near-constant interjections brought his murder trial to a standstill.

Court was in session for less than 10 minutes when Waukesha Circuit Court Judge Jennifer Dorow ordered that Brooks, who is representing himself, be moved to an adjacent courtroom where he participated by video.

Darrell Brooks pulls down his mask to speak during jury selection in his trial as he appears via video in a separate courtroom in Waukesha County Circuit Court in Waukesha, Wis., Tuesday, Oct. 4, 2022.
(Mike De Sisti/Milwaukee Journal-Sentinel via AP, Pool)

“You haven’t let me get in one sentence,” the judge said after Brooks repeatedly asked her to state her name and whether she had a claim against him, according to FOX6. “You have flagrantly disregarded elementary standards of proper conduct. That conduct will not be tolerated.”

Brooks’ antics continued by video from the nearby room, but Dorow was able to mute his microphone. He appeared to be yelling as he made flamboyant hand and arm gestures.

The career criminal found himself in the same predicament on Monday after his incessant and often nonsensical interruptions stalled jury selection.

Darrell Brooks reads from the Bible during jury selection in his trial as he appears via video in a separate courtroom in Waukesha County Circuit Court in Waukesha, Wis., Tuesday, Oct. 4, 2022
(Mike De Sisti/Milwaukee Journal-Sentinel via AP, Pool)

The judge previously said that Brooks possesses “the minimal competency necessary to conduct his own defense” and ruled that he could represent himself.

On Tuesday afternoon, he returned to the main courtroom but was exiled after less than 10 minutes.

“Remove me! Remove me!” he declared. “I told you it was pointless for me to come over here.”

The judge later denied Brooks’ motion to call the State of Wisconsin as a witness explaining that he can only call a person, not an entity to the stand.

Brooks is facing 76 counts and up to life in prison for the holiday massacre that killed Jackson Sparks, 8, Virginia Sorenson, 79, LeAnna Owen, 71, Tamara Durand, 52, Jane Kulich, 52 and Wilhelm Hospel, 81.