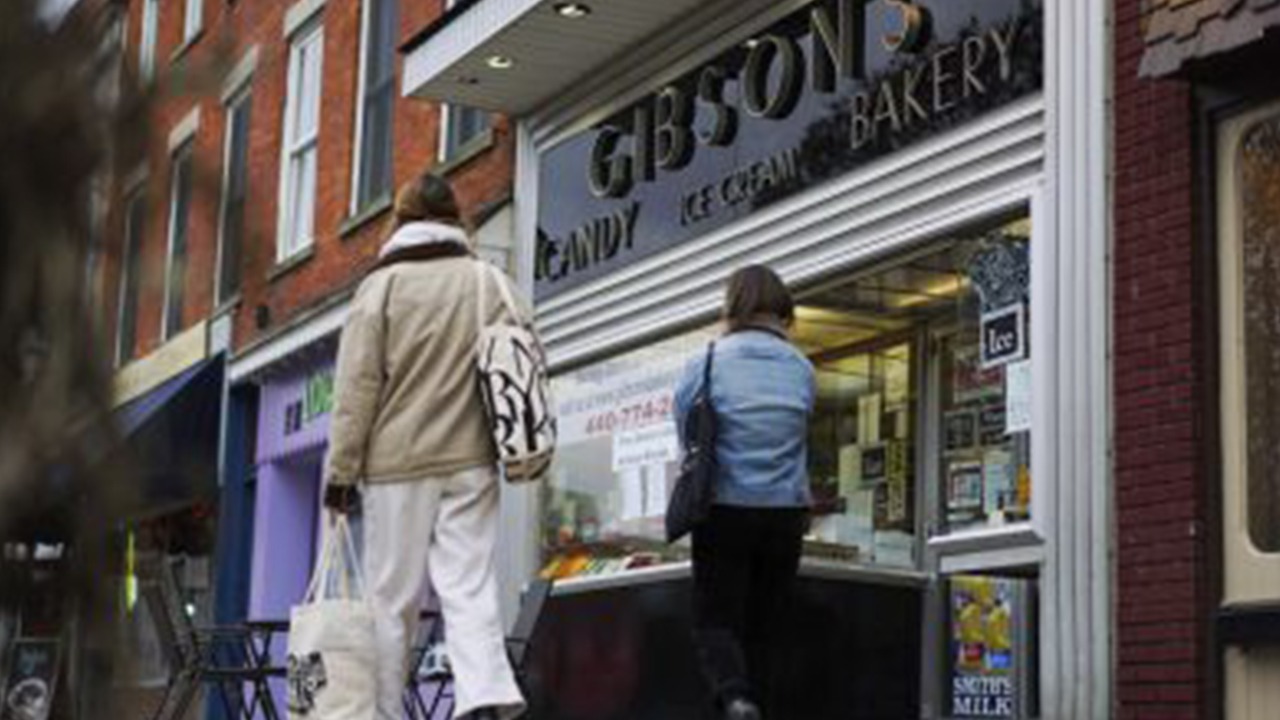 Oberlin College in Ohio racked up more than $4 million in interest after not paying the more than $30 million in libel damages to a local family-run bakery over false racism allegations made in 2016.

Gibson’s Bakery was awarded $31.6 million in July of 2019 after students and a college official were found guilty of libeling the establishment as “racist” following an altercation a store employee had with three Black students. The judgment now stands at more than $36 million after the school accumulated $4,300 daily in interest over the more than 1,000 days it went unpaid, local outlet The Chronicle reported last month.

The damages stem from false racism allegations that were promoted by a former dean at the school.

Allyn Gibson, the son and grandson of Gibson’s Bakery and Food Mart owners David Gibson and Allyn Gibson, chased down and tackled a Black Oberlin student in 2016 who was suspected of stealing bottles of wine.

Two other Black students at Oberlin College, who were friends of the suspect, also became involved in the physical incident, prompting accusations of racial profiling.

All three students were arrested, according to court documents, and ultimately pleaded guilty to misdemeanor charges and read statements claiming that Gibson’s actions were not racially motivated.

The shoplifting altercation – which occurred one day after former President Donald Trump was elected president – sparked widespread condemnation from Oberlin students and claims that the Gibson family racially targeted the students.

Gibson’s Bakery filed a lawsuit against Oberlin College in 2017, claiming they were libeled, and their business was hurt.

Students boycotted the bakery and protested outside, while the school stopped buying food from the bakery. The Oberlin College Student Senate additionally passed a resolution accusing the bakery’s owners of being racist, which was emailed to the school community, Fox News Digital previously reported.

Oberlin College vice president and dean of students, Meredith Raimondo, also handed out flyers stating that the bakery is a “RACIST establishment with a LONG ACCOUNT of RACIAL PROFILING and DISCRIMINATION,” according to court documents.

College resources were used to print the flyers and buy food and other supplies for the protesters, court documents also showed.

This March 5, 2013 file photo shows a student riding a bicycle on the campus of Oberlin College in Oberlin, Ohio. The 9th District Court of Appeals upheld a $31 million judgment on Thursday, March 31, 2022 against Oberlin College that had been awarded to Gibson’s Bakery and Food Mart that successfully claimed it was libeled by the school after a shoplifting incident in November of 2016. (AP Photo/Tony Dejak)
(AP Photo/Tony Dejak)

The jury originally awarded the bakery $44 million, but Lorain County Common Pleas Judge John Miraldi later lowered the damages to $25 million. In 2019, the court ordered Oberlin to pay an additional $6.5 million to the bakery to reimburse its legal fees.

Now, the Gibson family is demanding Oberlin pay the full $36 million, which includes the roughly $4 million in interest, the Chronicle reported last month, after Oberlin College asked the Ohio Supreme Court to issue an order halting the payment.

Attorneys for the bakery filed documents with the Ohio Supreme Court in late June opposing Oberlin’s request to halt the payment.

“The Gibsons have correctly completed every step necessary to properly execute” a jury’s award and Judge Miraldi’s 2019 judgment, the lawyers wrote in a motion last month, according to The Chronicle.

It is unclear when the state’s highest court might hear the arguments, according to the outlet.

Gibson’s Bakery did not immediately respond to Fox News Digital’s request for comment.

When approached for comment, a representative for Oberlin College directed Fox News Digital to a webpage on the school’s site concerning updates on the case. The most recent update on the page is the school announcing on June 1 that it filed an appeal with the Ohio Supreme Court in May, and had the support of organizations such as the Ohio Chamber of Commerce, NAACP and Reporters Committee for Freedom of the Press.