in News
Reading Time: 9 mins read
A A 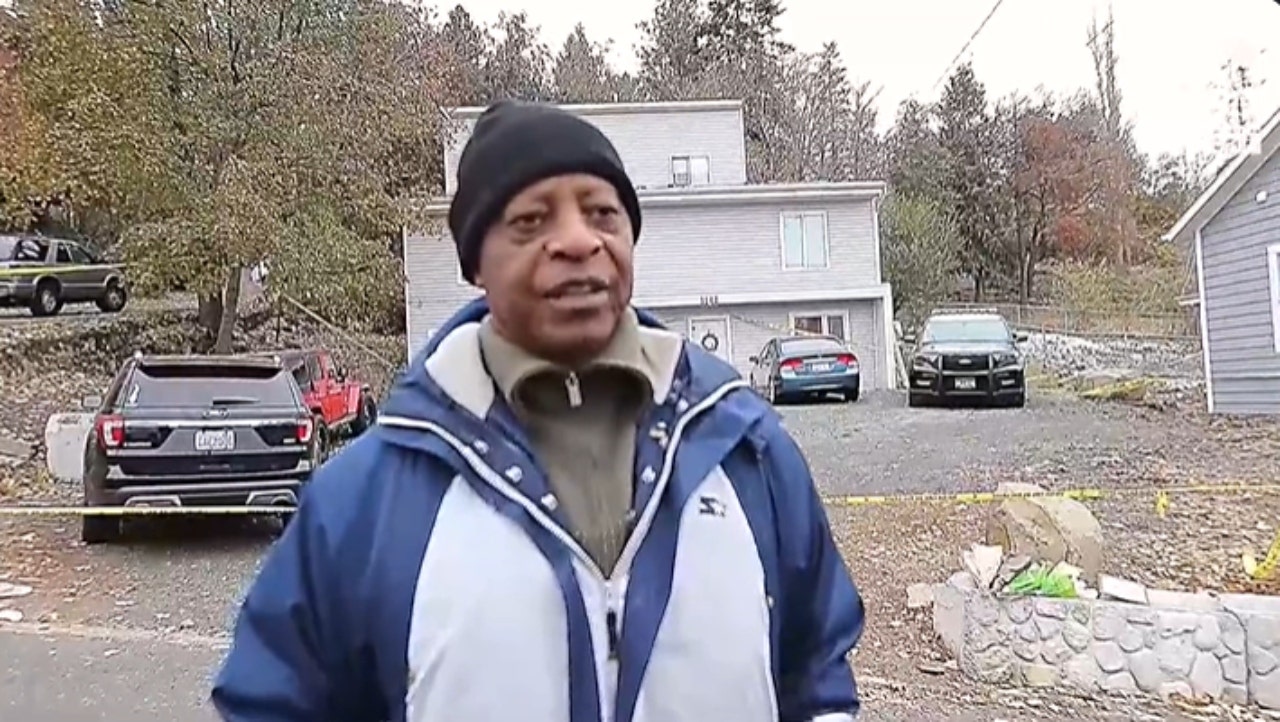 Idaho police are investigating all possibilities of what drove the killer(s) to fatally stab the four young victims — Ethan Chapin, Xana Kernodle, Kaylee Goncalves and Madison Mogen — as they have yet to announce any suspects.

“There is a great deal of speculation out here. There’s been some information put out about a peeping Tom. … All of those … are things that I think law enforcement dismissed,” Williams told Fox News Digital on Tuesday. “This is more personal.”

He added that the suspect or suspects “took a knife” and stabbed four people, which the former detective believes makes it “highly unlikely that” investigators are “looking for a peeping Tom.”

UNIVERSITY OF IDAHO STUDENTS KILLED: A TIMELINE OF EVENTS

The home where four University of Idaho students were murdered Nov. 13. This photo illustr
(Derek Shook for Fox News Digital)

Officers were spotted searching a steep hill behind the house for evidence over the weekend, when they temporarily expanded the crime scene. The second floor of the house has a door that meets the ground because the structure was built on the hill in back.

A road and apartment buildings are located at the top of the hill, prompting some locals and interment sleuths to speculate about the possibility of a stranger lurking into the home.

A law enforcement source told Fox News on Sunday that authorities are investigating the possibility of a peeping Tom. Idaho State Police Communications Director Aaron Snell would only say that investigators are exploring all theories.

Williams said officers are working methodically to sort through evidence and test blood for DNA that may not belong to one of the four victims.

Views of the rear of the house in Moscow, Idaho on Tuesday, November 22, 2022 where a quadruple homicide took place last on November 13.
(Derek Shook for Fox News Digital)

“This is still a very active crime scene. If you’ll notice, some of the vehicles are still parked here. The scene is somewhat frozen in time. What law enforcement is doing is: they’re doing a deep scrub of that house,” he said. “The medical examiner…has made it known that there was a great deal of blood in that house, and they’re process[ing] that blood and they’re trying to determine if they can find a DNA match.”

It may take anywhere from weeks to months to test that evidence and conduct toxicology reports. Authorities are also gathering the evidence that may be useful in a future trial if a suspect is caught and faces charges.

“They know the community’s hurting. They know the community wants someone captured yesterday, but law enforcement have to take their time methodically and go over everything in order not only to effectuate and make an arrest but also to prosecute the person who committed these crimes,” Williams said.

The more time that elapses, however, the more difficult it may become to catch the killer, according to the former detective.

Flowers at an improvised memorial at the University of Idaho in Moscow, Idaho Monday, November 21, 2022, for four of its students who were slain on November 13.
(Derek Shook for Fox News Digital)

The Moscow Police Department first responded to the scene on Nov. 13 following a 911 call made at 11:58 a.m. to report an unconscious person. Authorities said later on that the 911 caller thought one of the victims had passed out and would not wake up.

Authorities have described the incident as “an isolated, targeted attack” but have not disclosed exactly why the murders were isolated and targeted.

Police search a home in in Moscow, Idaho on Monday, November 14 where four University of Idaho students were killed over the weekend in an apparent quadruple homicide. The victims are Ethan Chapin, 20, of Conway, Washington; Madison Mogen, 21, of Coeur d’Alene, Idaho; Xana Kernodle, 20, of Avondale, Idaho; and Kaylee GonCalves, 21, of Rathdrum, Idaho.
(Derek Shook for Fox News Digital)

On Nov. 17, the Latah County coroner announced that the four student victims all died of homicide by stabbing, likely while they were asleep. Some of the victims had defensive wounds and each of them had multiple stab wounds, according to authorities.

Officials said Wednesday that victim Kaylee Goncalves had made comments about a “stalker.” Investigators “looked extensively” into those reports, and “have pursued hundreds of pieces of information” related to the stalker tip. As of Wednesday, they had been unable to confirm the information or identify a stalker.

Audrey Conklin is a digital reporter for Fox News Digital and FOX Business. Email tips to [email protected] or on Twitter at @audpants.