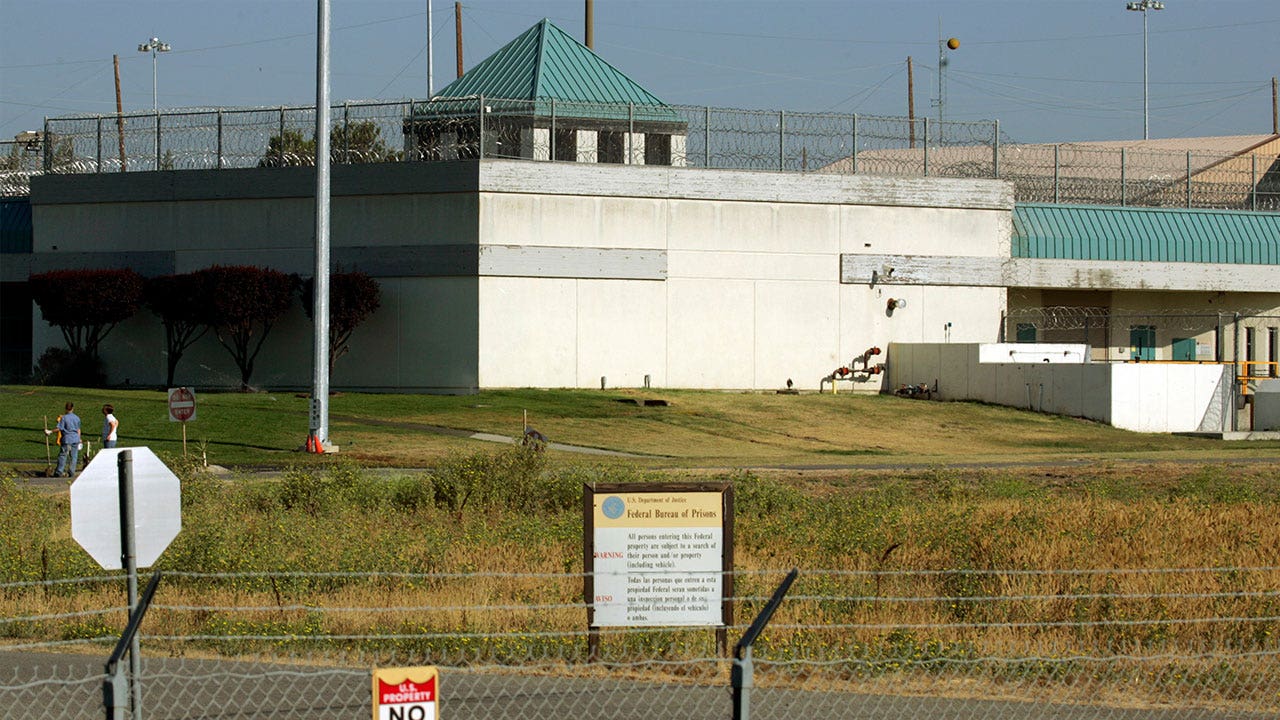 The former warden of an abuse-plagued federal women’s prison known as the “rape club” went on trial Monday, accused of molesting inmates and forcing them to pose naked in their cells.

Ray J. Garcia, who retired after the FBI found nude photos of inmates on his government-issued phone last year, is among five workers charged with abusing inmates at the federal correctional institution in Dublin, California, and the first to go to trial.

Opening statements kicked off Monday in federal court in Oakland, with prosecutors spelling out evidence they said would show Garcia’s abuse of several inmates followed a pattern that started with compliments, flattery and promises of transfers to lower security prisons, and escalated to sexual encounters. Garcia, 55, has pleaded not guilty. If convicted, he would face up to 15 years in prison.

An Associated Press investigation in February revealed a culture of abuse and cover-up that had persisted for years at the prison, about 21 miles east of Oakland. That reporting led to increased scrutiny from Congress and pledges from the federal Bureau of Prisons that it would fix problems and change the culture at the prison.

Garcia is charged with abusing three inmates between December 2019 and July 2021, but jurors could hear from as many as six women who say he groped them and told them to pose naked or in provocative clothing. U.S. District Judge Yvonne Gonzalez Rogers said prosecutors can call three additional accusers as witnesses, even though their allegations are not part of Garcia’s indictment.

One of the women testified Monday that she started developing romantic feelings for Garcia and that their first sexual encounter was in the bathroom of the visitor’s area of the prison. The woman, whose prison job was to clean the visitation room, said Garcia told her he knew of several parts of the visitation area that wouldn’t be captured by surveillance cameras.

“I felt like he cared about me and he loved me,” the woman said, her voice breaking.

She said that at first Garcia was “very sweet” but eventually became “very pornographic, very vulgar.”

She testified that their first sexual encounter happened in the bathroom of the visitation room and that she was in shock and didn’t know what to think.

“I couldn’t believe it was happening but I felt like he loved me and he cared about me and I wanted to make him happy,” she said.

The woman said similar sexual encounters between her and Garcia happened in the visitation room and in a warehouse while other prison officials and/or inmates were nearby.

Garcia’s lawyer argued that there was no surveillance video capturing the alleged sexual misconduct. Union officials have long complained the prison has an inadequate number of cameras.

“The evidence is not going to show one single video of any of these supposed events,” Garcia’s defense lawyer, James Reilly, said. In court papers, the defense argued that Garcia took pictures of one inmate because he wanted documentation that she was breaching policy by standing around naked.

The case, with shades of #MeToo behind bars, is likely to put a spotlight on the Bureau of Prisons, calling into question its handling of sexual abuse complaints from inmates against staff and the vetting process for the people it chooses to run its prisons.

The AP generally does not name people who say they are victims of sexual assault unless they consent to being identified. All sexual activity between a prison worker and an inmate is illegal. Correctional employees enjoy substantial power over inmates, controlling every aspect of their lives from mealtime to lights out, and there is no scenario in which an inmate can give consent.

Garcia was promoted from associate warden to warden in November 2020 while he was still abusing inmates, prosecutors say. The Bureau of Prisons has said it didn’t find out about the abuse until later. Garcia is the highest-ranking federal prison official arrested in more than 10 years.

The agency’s new director, Colette Peters, has reiterated the agency’s zero-tolerance policy for staff sexual misconduct and has called for harsher punishment for workers who commit abuse. But as abuse raged at Dublin, the process for reporting it was inherently broken.

Garcia was in charge of staff and inmate training on reporting abuse and complying with the federal Prison Rape Elimination Act at the same time he was committing abuse, prosecutors say, and some inmates say they were sent to solitary confinement or other prisons for accusing employees of abuse.

Prosecutors say Garcia tried to keep his victims quiet with promises that he’d help them get early release. He allegedly told one victim he was “close friends” with the prison official responsible for investigating staff misconduct and couldn’t be fired. According to an indictment, he said he liked to cavort with inmates because, given their lack of power, they couldn’t “ruin him.”

Garcia is also accused of ordering inmates to strip naked for him as he made his rounds and of lying to federal agents who asked him if he had ever asked inmates to undress for him or had inappropriately touched a female inmate.

“We see inmates dressing and stuff … and if they’re undressing, I’ve already looked,” Garcia told the FBI in July 2021, according to court records. “I don’t, like, schedule a time like, ‘You be undressed, and I’ll be there.’”

Garcia was placed on administrative leave before retiring. He was arrested in September 2021.

Earlier this month, Deputy Attorney General Lisa Monaco directed federal prosecutors across the U.S. to “consider the full array of statutes,” including the federal Violence Against Women Act in cases involving Bureau of Prisons employees who are accused of sexual misconduct.

In those cases, Monaco said prosecutors should consider asking judges for sentences that go beyond the federal guidelines if the sentence recommended in the guidelines isn’t “fair and proportional to the seriousness of the offenses.”

Of the four other Dublin workers charged with abusing inmates, three have pleaded guilty and one is scheduled to stand trial next year. James Theodore Highhouse, the prison’s chaplain, is appealing his seven-year prison sentence, arguing that it was excessive because it was more than double the recommended punishment in federal sentencing guidelines.