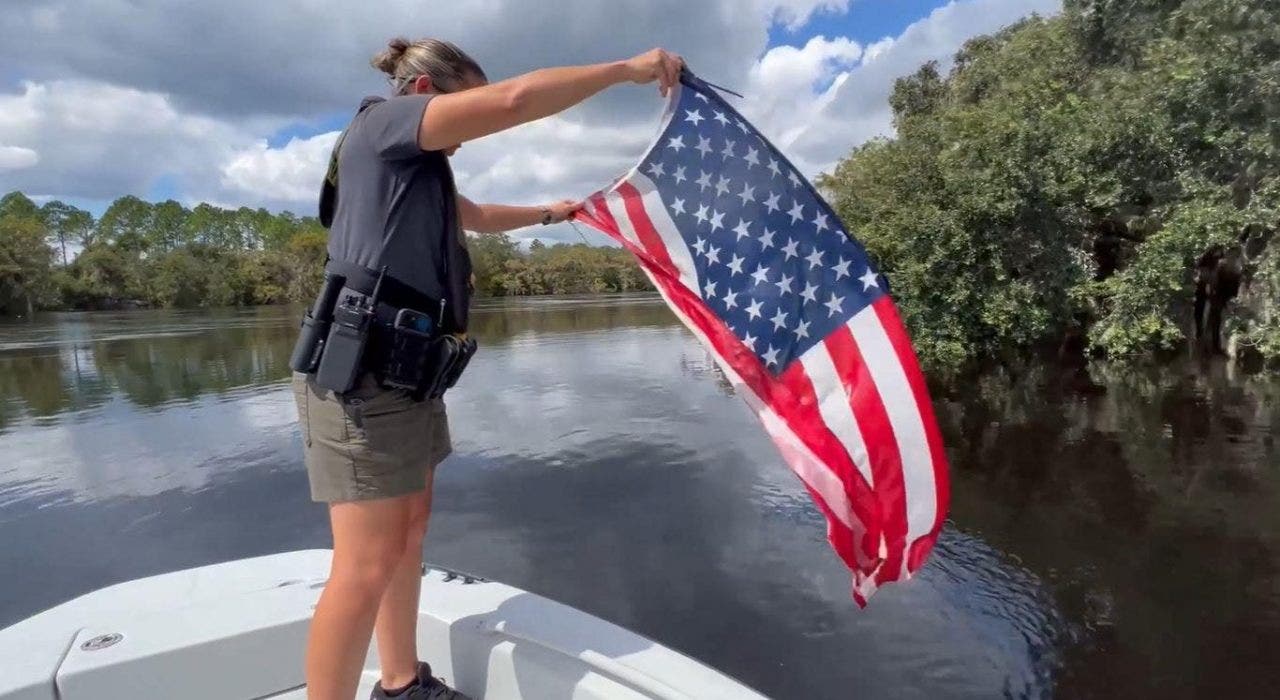 South Florida deputies made a unique rescue Monday while on the river in the aftermath of Hurricane Ian.

A video posted to the Volusia County Sheriff’s Office’s Facebook page shows deputies searching the St. Johns River by boat when they come across an American flag almost completely underwater in the Osteen area.

A deputy at the front of the boat is seen removing the flag from the water, which was tied to two trees in a vertical position, and then shaking it a little to dry it out.

The sheriff’s office said the rescue shows how high the water is at the moment and referred to the river as “swollen.”

“Some homes along the SJR are inches away from flooding due to a boat wake,” the post said. “Please stay off the water as it’s only going to rise even higher in the next few days.”

In a separate post on Monday, the sheriff’s office said Ian caused record-high levels on the St. Johns River and the water is still rising.

“For the sake of everyone who lives along the river, please stay off the water this week and help us protect homes from flooding if they haven’t already,” the sheriff’s office wrote.

FLORIDA WIFE OF VETERAN, THEIR HOME WITHOUT POWER DUE TO HURRICANE IAN, SAYS ‘AMERICA WILL REBUILD’

Ian struck the southwest Florida coast on Sept. 28 as a Category 4 storm, bringing 150 mph winds and a ravaging storm surge into the coastal towns.

As of Tuesday evening, at least 68 storm-related deaths were confirmed across Florida and the Carolinas.