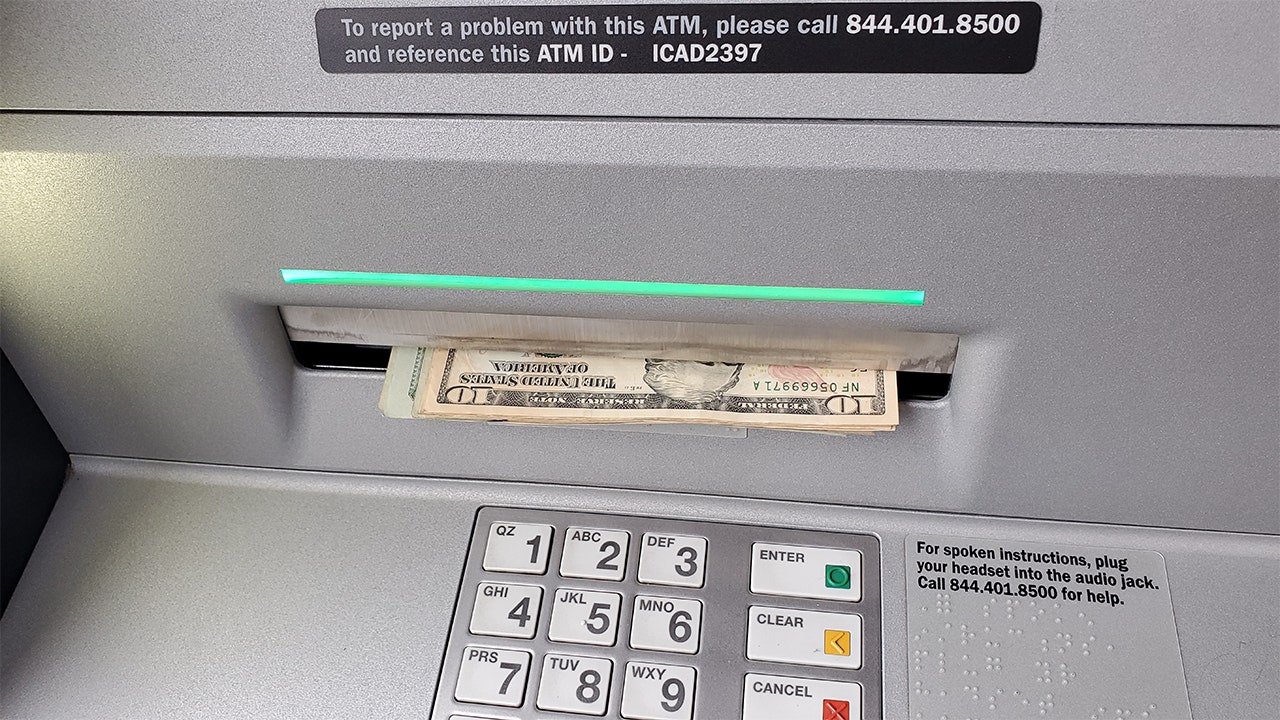 Police officers in Northern California arrested a man last week on suspicion of using a card skimmer device at an ATM and using a hidden camera to steal people’s PINs.

Officers in Roseville, California, responded to a bank in the 4000 block of Foothills Boulevard on Thursday, Sept. 29. A witness told officers they’d seen a man acting suspiciously inside the bank’s ATM lobby, poking both the machine and the lobby’s ceiling with a stick.

A California ATM, separate from the one in which a card skimming device was found.
(Photo by Gado/Getty Images)

The officers could not locate the suspect and the ATM did not appear to be damaged. The next morning, officers responded to another call about a man with the same description near the bank. Officers located a man that matched the description and contacted him as he was getting into an SUV.

Police said officers searched the man and his vehicle and found a card skimming device – which is installed on ATMs to steal bank card information — a small concealable camera and other related items.

Police said bank employees checked the ATM and found a skimming device inside. Officers also found a small hidden camera stuck with magnets to the ATM lobby’s ceiling, pointed toward the ATMs.

Police identified the suspect as 42-year-old Peter Adamski of Hayward, California. He was arrested on suspicion of burglary, computer and credit card fraud, and other related charges. He was taken to the South Placer Jail.

Roseville is about 23 miles northeast of Sacramento.