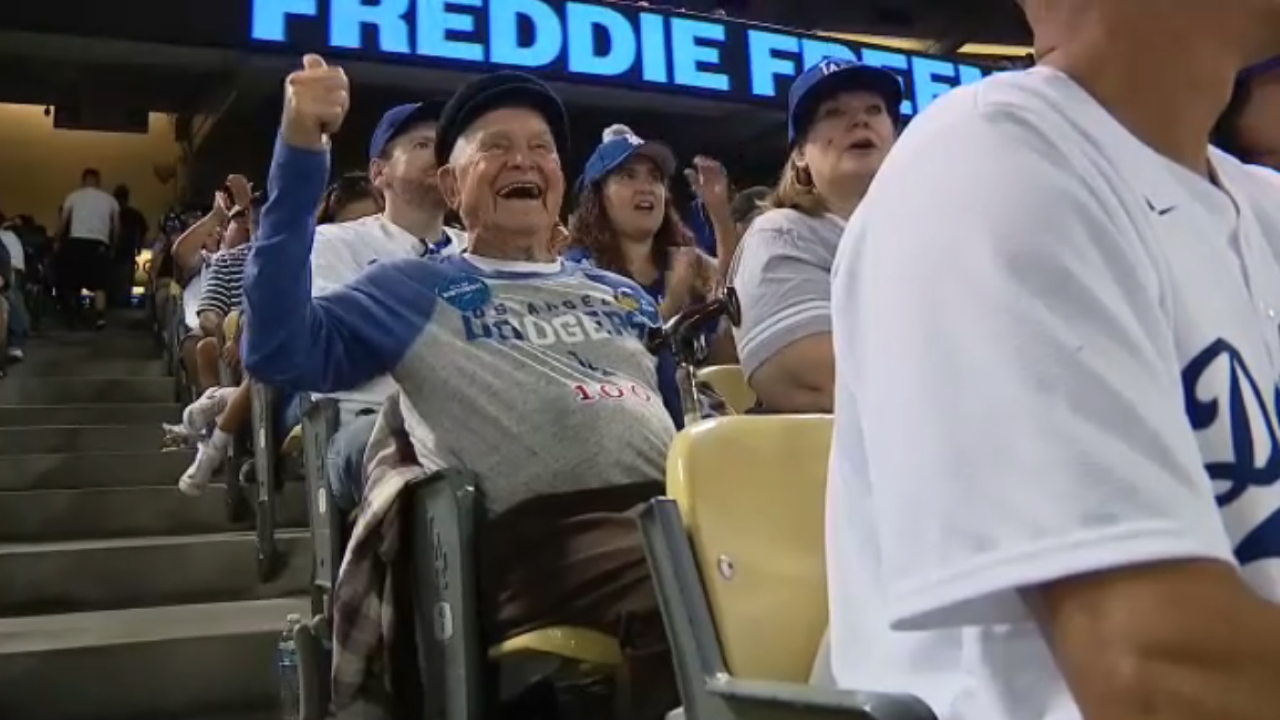 Travis Evans, a U.S. Coast Guard veteran, has followed Los Angeles Dodgers his entire life. Even as a Southern California native, he listened to and read about the team’s games when they played for Brooklyn until 1957.

“I followed the Dodgers even when they were in Brooklyn, and Vin Scully, too. And it’s an important part of my life,” Evans told FOX 11 Los Angeles. The Dodgers moved to Los Angeles in 1958.

“And you know what? Probably don’t have that much longer to live either, but I still drive,” the 100-year-old added, laughing and smiling.

Several of Evans’ family members from Minnesota and Alabama flew out to celebrate the centenarian’s big day. Evans said he was most excited to see the first pitch of the game, which was against the Colorado Rockies.

“I think we’re going to see them in the World Series,” he added.

Travis Evans has been following the Los Angeles Dodgers his entire life, even when the team was based in Brooklyn.
(FOX 11 Los Angeles)

The Los Angeles Dodgers were originally a Brooklyn-based baseball team dating back to 1883. The team went through several name changes in the late 19th century, including the Grays, the Atlantics and the Bridegrooms.

The team adopted the name “Trolley Dodgers” in 1911 – a reference to people “dodging” then-new electric trolley cars while crossing Brooklyn streets. After a stint as the Brooklyn Robins from 1914 to 1931, the team re-adopted the Dodgers name and has kept it since.

Many of Evans’ family members from Minnesota and Alabama flew out to celebrate his big day.
(FOX 11 Los Angeles)

The Colorado Rockies beat the Dodgers on Tuesday night, winning the game 5-2.