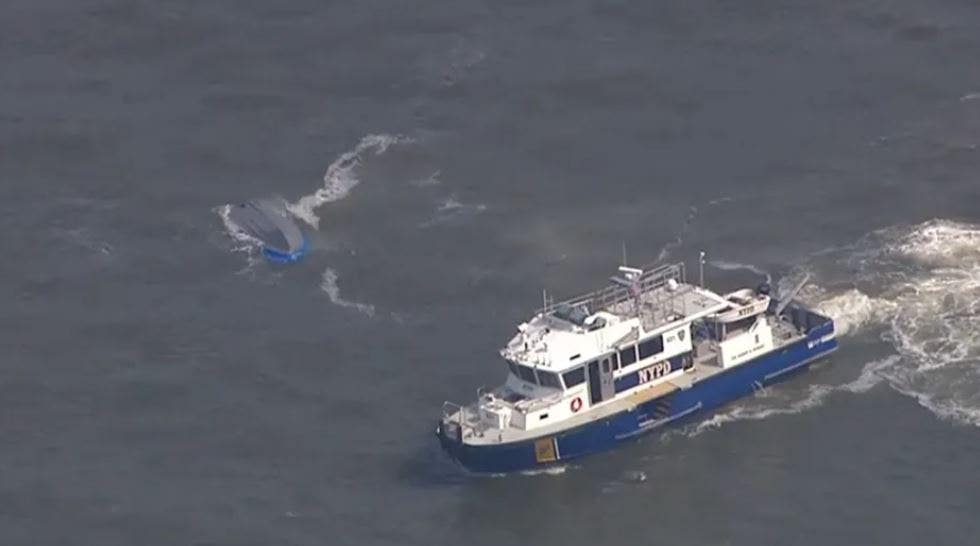 The two people who died when a Hudson River boat capsized near Pier 84 in Midtown Manhattan were Colombian Nationals, authorities announced Wednesday.

Reports identify the deceased as 7-year-old Julian Vasquez and 47-year-old Lindelia Vasquez. The relationship between the two was not immediately clear, but authorities say they do not appear to be mother and son.

Ten others were injured in the incident, including the captain of the boat, who remains in critical condition at the time of reporting.

The other nine wounded individuals were said to have suffered only minor injuries.

FALLOUT NYC? NEW YORK CITY PSA ON WHAT TO DO IN NUCLEAR ATTACK OR INCIDENT

The Tuesday incident prompted responses from several agencies, including an NYC fire department and the New York City Police Department.

Authorities have yet to learn how the boat capsized.

“There’s a lot of commercial and recreational traffic during the day here. We also have a lot of people on Jet Skis, kayaks,” NYPD Harbor Unit Inspector Anthony Russo said during a press conference. “The Hudson River is always a dangerous place to operate.”

“Our hearts go out to a group of people who were just using the water in our city,” Adams said at the time. “This is a devastating moment for them and those who were part of the families that were there.”