Who is Sophie, Countess of Wessex, and what is her relationship with Kate, the Princess of Wales?

in Entertainment
Reading Time: 7 mins read
A A 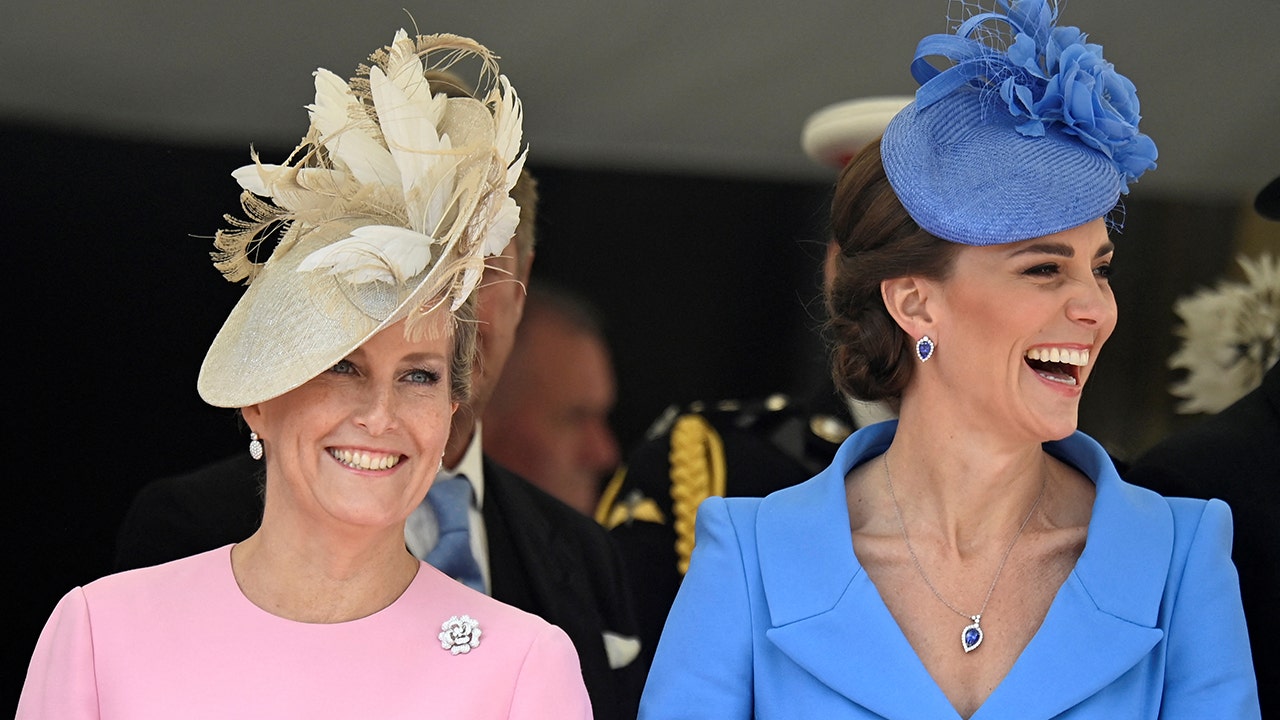 Sophie, Countess of Wessex is the wife of Prince Edward, Earl of Wessex, who’s Queen Elizabeth II and Prince Philip’s youngest son. She caught the attention of audiences globally after sitting next to Meghan Markle in a car during the royal procession to Westminster Abbey, but she has been a loyal member of the royal family since 1999.

According to royal expert Kinsey Schofield, when Sophie first joined the royal family she had trouble finding her footing because she bore a close resemblance to Princess Diana.

“There were constant comparisons of the women, and some royal watchers even accused Sophie of trying to ‘steal Princess Diana’s style,'” Schofield explained, adding that it was similar for Prince Andrew’s wife at the time — Sarah Ferguson, Duchess of York.

Despite the initial struggles in winning the public over, the queen seemed to have accepted Sophie into the family with open arms and developed a very close relationship with her throughout the years. The queen would often refer to Sophie as her second daughter, and Sophie was the only non-blood relative at the queen’s side at Balmoral during the monarch’s final hours.

SOPHIE’S CHOICE? HOW MEGHAN WAS LEFT SHAKEN BY THIS CAR RIDE: ROYAL EXPERT

Sophie, Countess of Wessex, is said to have been very close with the queen, with the queen referring to her as her second daughter.
(Owen Humphreys/WPA Pool/Getty Images)

“Similar to the queen, Sophie has shied away from the spotlight and has become a bit of a mystery,” Schofield said. “People were greatly moved by a video of the countess crying after the death of Prince Philip and reassuring mourners that Queen Elizabeth was loved and going to be taken care of. Sophie is a very dedicated mother and loving wife. The queen considered her a second daughter, and she has become an important part of the Mountbatten-Windsor fold.”

The earl and countess met while working normal jobs and wanted to keep that normalcy after getting married. Prince Edward wanted to continue in pursuit of his passion for the art world by working as a producer, and Sophie wished to continue building her already successful PR firm.

Sophie’s life in the public eye has not gone by without scandal. In 2001, after an incident referred to as “Sophiegate,” Edward and Sophie decided to set their dreams of a normal life aside, quitting their jobs and dedicating their time to the royal family.

Sophie was the only non-blood relative at the queen’s side at Balmoral during the monarch’s final hours.
(Christopher Furlong/Getty Images)

“A reporter for News of the World disguised as a sheik met with Sophie to explore a PR relationship and, based on their conversation, the countess was accused of exploiting her royal connections,” Schofield explained. “Buckingham Palace was forced into a review of potential conflicts of interest for all working royals.”

The queen’s reaction to the scandal further showcased the love she had for her son and his wife. She publicly denounced the accusations against Sophie and showed support for her.

When the scandal broke, Buckingham Palace released a statement saying, “The queen deplores the entrapment, subterfuge, innuendo and untruth to which the earl and countess have been subjected to in recent days.”

Sophie, Countess of Wessex, and Prince Edward wanted to live normal lives. But after a scandal involving Sophie and her workplace erupted, they quit their jobs and committed themselves to their royal duties.
(U.K. Press Pool/U.K. Press via Getty Images)

“In my opinion, this has always been a great example of Queen Elizabeth’s forgiving nature and proof that if [Prince] Harry and Meghan [Markle] would straighten up … there could one day be peace and forgiveness,” Schofield said. “The countess, a PR expert, handled the ‘scandal’ so quickly and quietly that it is rarely discussed today.”

Schofield believes Sophie could have been a great mentor for Markle for how to handle the negative media attention due to her experience in both the PR world and in the royal family. That relationship, however, didn’t seem to be of interest to Markle, as she chose to rely on American-based PR firms “that don’t understand the ins and outs of royalty.”

The relationship between the two was seemingly further severed when Markle and Prince Harry decided to speak poorly of the royal family during their interview with Oprah Winfrey.

Sophie’s response to a question from a British tabloid about the interview hints she wasn’t happy with Markle. When asked what she thought of it, she joked, “Oprah Who?”

Her relationship with Kate, the Princess of Wales, is quite different. They seem to have a deep respect and love for each other. Schofield explained that they both understand the complexities of marrying into the royal family and the level of patience and thick skin their roles require.

“Countess Sophie and the Princess of Wales respect and love each other deeply. Being a Windsor wife requires a lot of patience and body armor,” Schofield explained.

Sophie and Kate Middleton have a close relationship and are often seen laughing together.
(Toby Melville/WPA Pool/Getty Images)

Both Sophie and Kate keep up the elegant appearance one expects from members of the royal family. But Schofield says the two can often be seen cracking jokes and giggling with each other.

“There is so much love there,” Schofield noted.

Schofield added that Sophie is a “no-nonsense” individual “but does not lack compassion.” She’s also “a very dedicated mother and loving wife.” Edward and Sophie have two children — Lady Louise Windsor and James, Viscount Severn.

“If we do, indeed, see a slimmed-down monarchy under King Charles, I would not be surprised to find Prince Edward and Sophie included in the mix,” Schofield said, adding, “They are now two of the most important faces to the firm.”