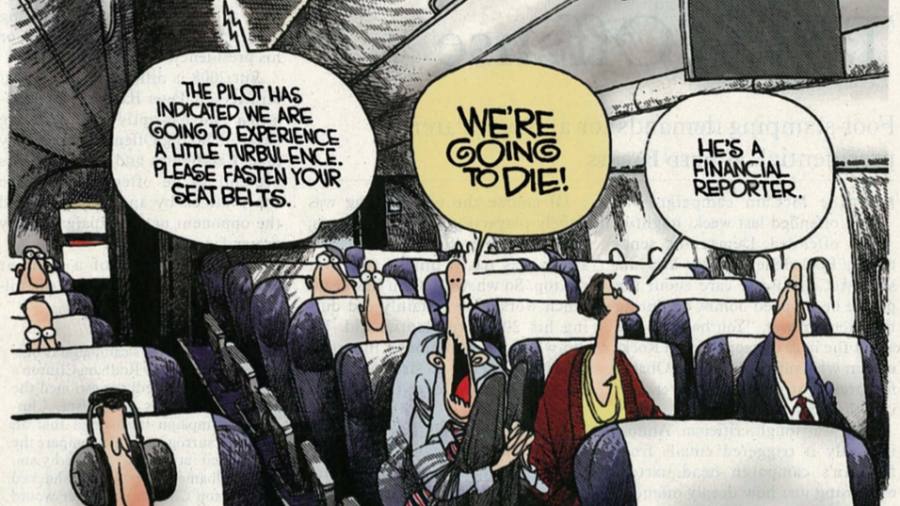 Next to my desk in FT Alphaville’s towering Oslo headquarters* I have the above cartoon pinned to the wall as a reminder to try to keep things in perspective.

I can’t remember where I first came over it, but it made an impression. Financial journalists do have a tendency to get carried away occasionally, and I’m no exception (OK I’m probably worse than most). But this is a broad phenomenon.

The severity of the global financial crisis left deep emotional and intellectual scars on everyone who went through it. Since then a lot of people have been desperate to identify the next big economic faultline, the next CDO, the next financial cataclysm to befall us. Some permabears have managed to turn their apocalyptic visions into lucrative careers.

But this isn’t just about the usual medley of doom-mongers. Everyone seems convinced that we live in uniquely turbulent times. Bank of America’s monthly survey of investors’ biggest tail risk offers a great list over the various stuff that has freaked us out over the past decade.

What is remarkable about this is how many things basically pretty much came to pass.

The eurozone hung together, but only barely, and the economic and financial costs of the crisis were severe. China’s real estate bubble has burst, Trump won one US election and violently contested another, short-vol did implode, and so on. And yet, none of them have ended up being a truly 2008-style, epoch-defining disaster, despite warnings that they might.

Many people will simply point to central banks and their hyper-aggressive stimulus to explain why none of them truly derailed the global economy (or only did so temporarily in the case of Covid).

It’s true that low rates have helped balm a lot of tensions, even though this has always felt to me like a feeble excuse, like saying someone would have died from cancer had they not gone through chemotherapy. Sure, maybe, but that’s exactly why we use these tools. I struggle to see how rates have been “artificially low” any more than they were “artificially high” in the 1980s.

But I think there is a better and actually more uplifting explanation: crises like 2008 are luckily rare, and we should stop judging every financial tempest by its scale. Normal recessions happen. Markets can puke without being the end of the world. Stuff breaks, but rarely permanently.

Dan Loeb’s latest letter to investors was therefore interesting. While acknowledging a “bleak outlook”, he pointed out that markets tend to bottom when the economic data looks “godawful”, and said he was ramping up his risk-taking. Not because a recession will be avoided, but simply that it is unlikely to be the economic carnage that some people now imagine.

I am familiar with this doom spiral trap because I fell into it too, declaring in an investor letter on March 10, 2009 that we should “brace for impact” just before markets (and our portfolio, since I changed my view only days later based on new data and had ramped exposures to banks/autos) turned around dramatically. The essential question for me at this point is whether capitulation on rates and inflation driven by Fed policy are the key or if a bottom in the real economy (based on unemployment, income, industrial spending and broad measures of GDP) is actually what matters most.

For now, while we remain respectful of the numerous well-flagged risks, we are looking to deploy capital into both world-class companies trading at bargain basement prices and event driven situations that will be somewhat protected from market moves.

Markets are looking a bit perkier lately thanks to growing conviction that central banks are about to slow down their rate hikes — and in some cases pause them. I’m not going to list everything that could turn things around because one could just as easily list everything would make things even worse. And for a financial journalist part of the job is to be a bit shrill, and tend towards pessimism rather than optimism.

The cartoon by Michael Ramirez, for example, was apparently published in the April 7, 2008, edition of Investor’s Business Daily. Ironically, financial reporters were right to be a bit panicky around then! The US recession had only recently begun, and by the end of the year it would become one of the biggest and broadest global economic setbacks in history.

Perhaps, through hyperventilating over all the stuff that could go wrong, maybe financial journalists can in a tiny way help prevent them from doing so? I might just be a blinkered financial journalist trying to weave a desperate narrative around my own profession’s value, but I do think that there are legitimate reasons for a bit of scaremongering (in moderation).

Still, I think the broader, bigger lesson is that most of the time things work out. Not always wonderfully, and there are always people that end up losing (tragically, though, it often seems to be the same groups of people that lose out).

Right now we are probably staring at an economic downturn. But given the financial health of households there’s no reason why it couldn’t be a mild one. Inflation will calm down, central banks will reverse course and a new economic expansion and bull market will start. Things will probably be . . . fine?

*Basically a broom closet in my basement 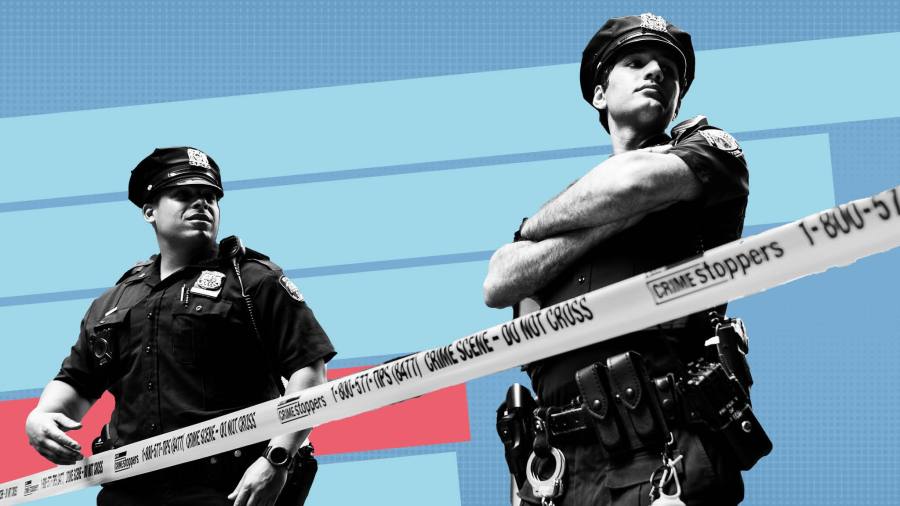 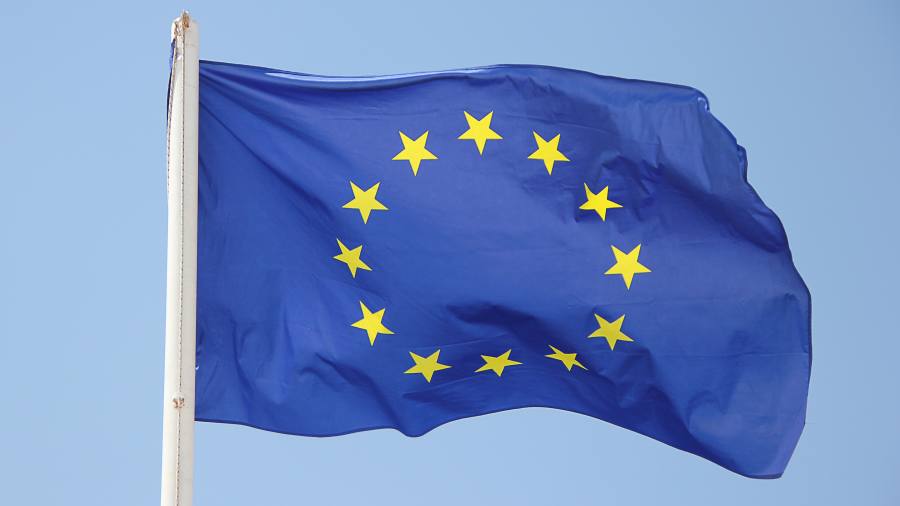 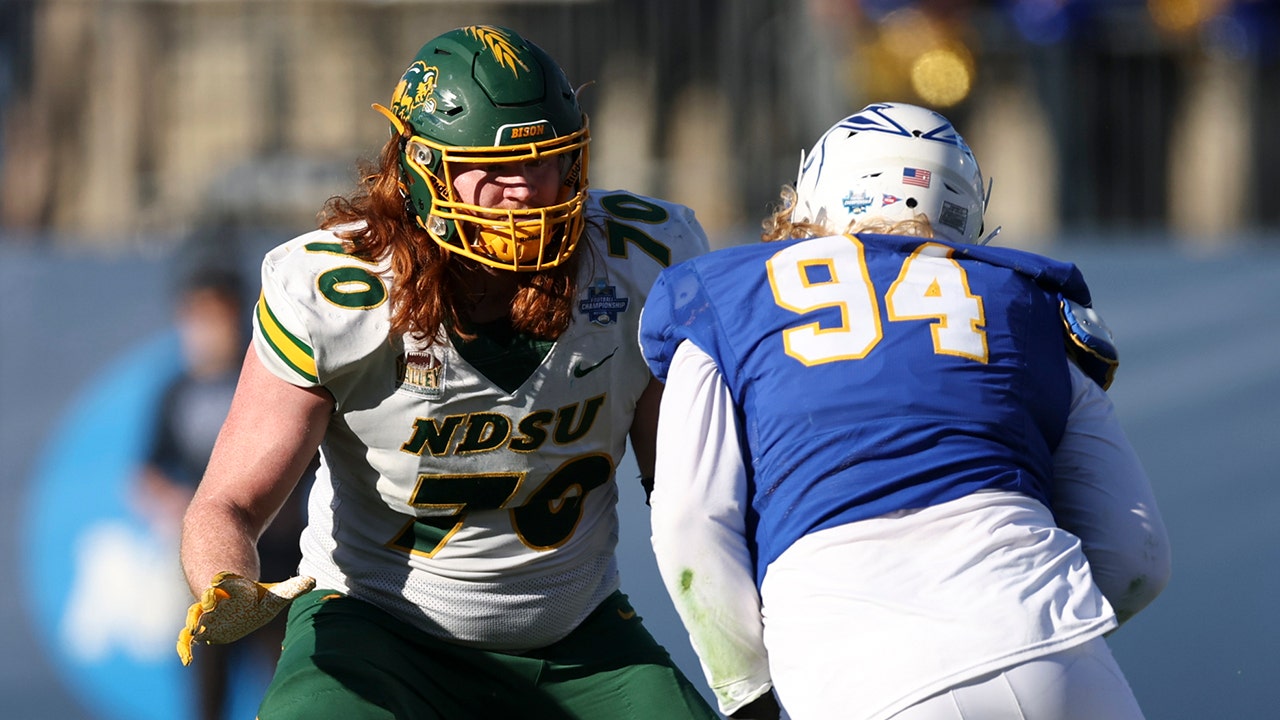