US sparks bickering over guest list to Summit of Americas 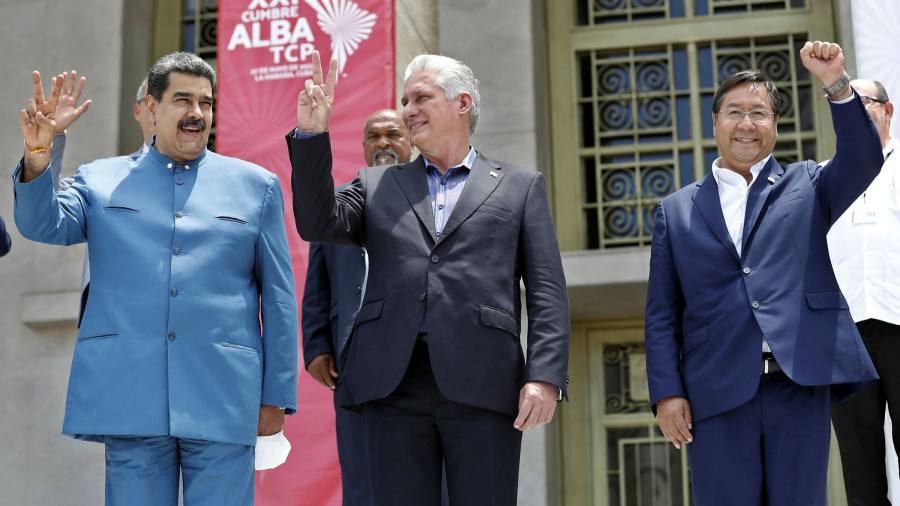 Heads of state from across the Americas will gather in Los Angeles next week for a summit that has been overshadowed in its build-up by arguments over who should be invited, who might boycott the event and what it can achieve.

The US government says President Joe Biden will make an important declaration on migration at the Summit of the Americas and the meeting will focus on five topics: democratic governance; health and resilience to pandemics; clean energy; measures to tackle climate change and digital transformation.

Washington will promote a new economic agenda for the Americas and vice-president Kamala Harris is expected to unveil a climate and energy initiative for the Caribbean, where island nations are particularly vulnerable to climate change.

But in a pre-summit briefing, US officials made no mention of new trade and investment initiatives, which is what most Latin American governments are looking for. During his election campaign, Biden promised American voters he would sign no new trade deals “until we’ve made major investments here at home, in our workers and communities”.

Furthermore, as recently as June 1, Biden’s senior Western Hemisphere adviser Juan González acknowledged the guest list for the summit was still not defined.

“We still have some final considerations,” he told a news conference, refusing to be drawn on whether anyone from the authoritarian leftwing governments of Cuba, Nicaragua or Venezuela would be invited.

Washington says it wants only democratic leaders to attend, hinting that no one from those three regimes will be on the guest list. But that has sparked a backlash from other countries in the region, notably Mexico, the most important US ally in the region.

Mexico president Andrés Manuel López Obrador has said all governments in the Americas should be invited whatever their political stripes. He has threatened to boycott the summit and has been backed by the leaders of some smaller nations.

López Obrador has still not confirmed his attendance. González said Washington was having “very respectful and active conversations with Mexico” on the issue.

Even some of those who are attending, such as Argentina’s Alberto Fernández and Chile’s Gabriel Boric, have criticised Washington’s restricted invite list, while Ralph Gonsalves, the prime minister of Saint Vincent and the Grenadines in the Caribbean, said the US was “guilty of bad manners”. He said he would not go.

This will be the ninth Summit of the Americas. Usually, all nations apart from Communist Cuba are invited and most leaders attend, although Donald Trump skipped the last summit in Peru in 2018 as US president. His vice-president Mike Pence took his place.

For a while it seemed Brazil’s Jair Bolsonaro might boycott next week’s summit. He was close to Trump, has yet to meet Biden and his government dragged its feet in recognising Biden’s election victory in 2020.

“I was inclined not to appear. Given Brazil’s size I cannot just go there for a photo op,” Bolsonaro said last month before taking a swipe at the US president. “I met him at the G20 [summit of leading economic nations] and he went by as if I did not exist, but that was how he treated everyone.”

Only after the US promised Bolsonaro a bilateral meeting with Biden next week did the Brazilian president agree to go.

Guatemala president Alejandro Giammattei is another possible absentee. He said last month he would not attend after the US sanctioned the country’s attorney-general, accusing him of corruption. Since then, however, the Guatemalan foreign ministry has said the president might go to Los Angeles.

The US has neither confirmed nor denied if Venezuelan opposition leader Juan Guaidó has been invited. Washington regards him — and not president Nicolás Maduro — as the legitimate leader of the country and yet, despite that, González and other high-ranking US officials flew to Venezuela recently to talk to Maduro.

The bickering over the guest list threatens to cast a shadow over the meeting at a time when many Latin Americans feel the US has disengaged with their region. China has already overtaken the US to become the largest trading partner for Brazil, Chile and Peru and a leading source of investment for other nations.

“Perhaps the biggest challenge in the region is the sense that America is just not engaged, that we just don’t care,” US Republican senator Marco Rubio told a US senate hearing last month.

“Many of these [Latin American] countries come to us and say: ‘look, we don’t want to do investment deals with the Chinese but they show up with a bunch of money, no strings attached, and you guys offer no alternative’.”

Rebecca Bill Chavez, director of the Inter-American Dialogue think-tank in Washington, said on Friday that it was “time for the US to actually put some meat on the bones of some of the promises it’s made”.

“There’s been talk about new [infrastructure] projects going to the region but there’s been very little action,” she told a briefing. “We’ve also heard a lot of talk about nearshoring. Let’s hope the administration can actually give some concrete examples of how it’s going to do this.

“It’s a really critical opportunity for the administration . . . there were a lot of expectations when Biden assumed the presidency that there would be more priority given to the region as a whole.”

This will be the first Summit of the Americas the US has hosted since 1994, when the Clinton administration staged the inaugural event. Back then, many Latin American nations had recently returned to democracy and there was a sense of dynamism in the region.

“The world certainly doesn’t look like it did back them, when democracy was ascendant, the Soviet Union had collapsed, Nafta [the North American Free Trade Agreement] had just been signed, and there was a lot of optimism about a Free Trade Agreement for the Americas,” Tim Kaine, chair of the US Senate foreign relations subcommittee on the Western Hemisphere, said.

Like Rubio, Kaine said successive US governments had largely turned their backs on Latin America. “US secretaries of state fly east and west all the time,” he said. “They don’t fly north and south that much.” 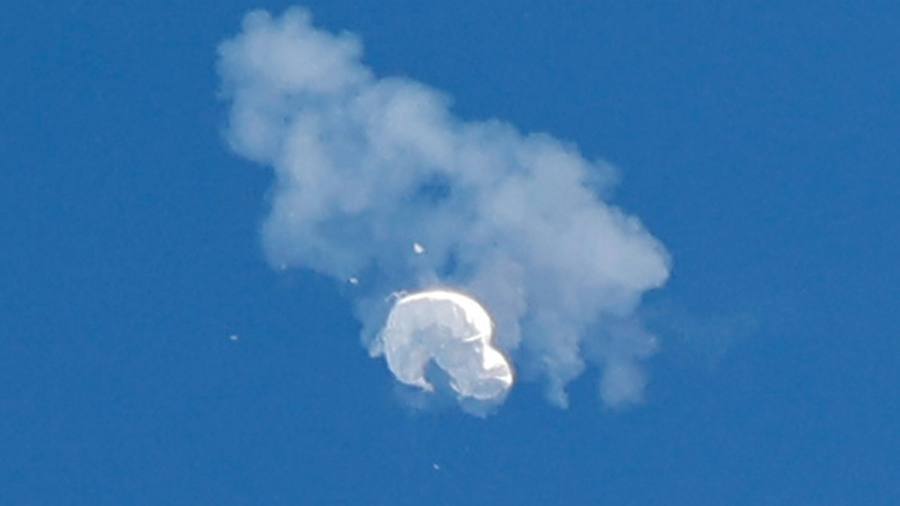 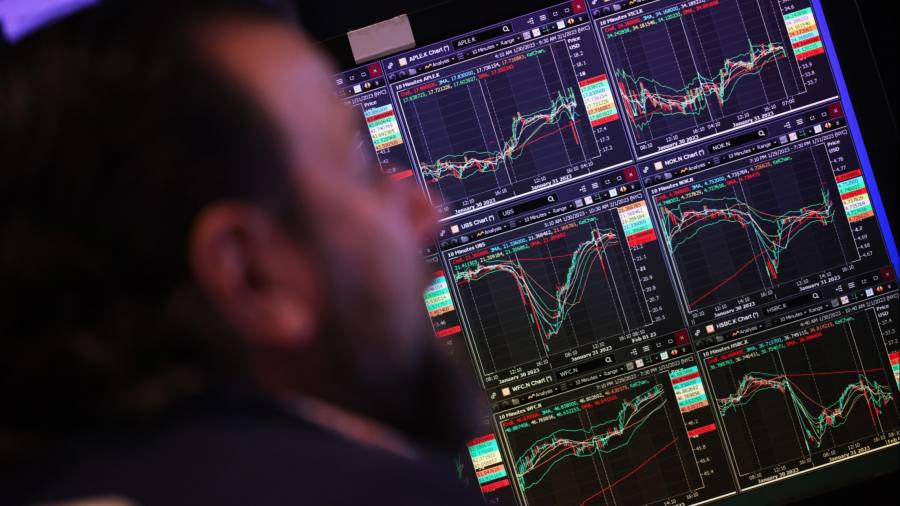 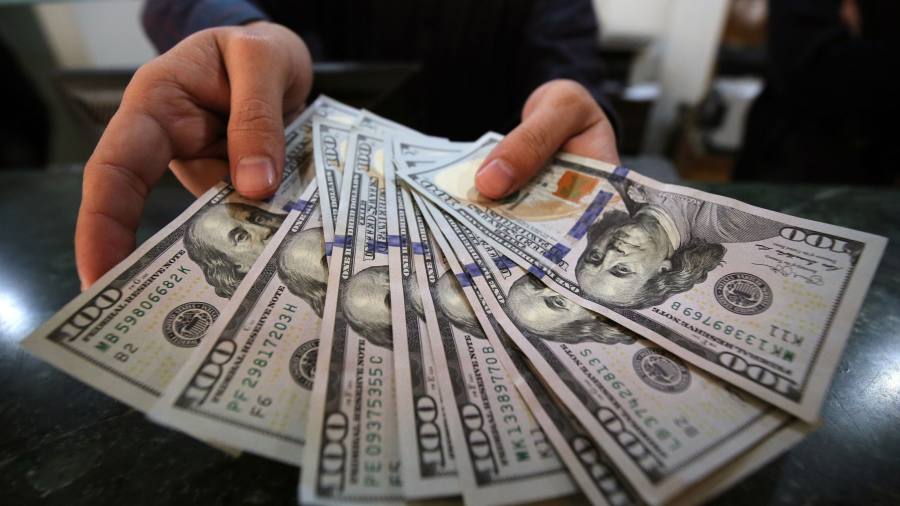 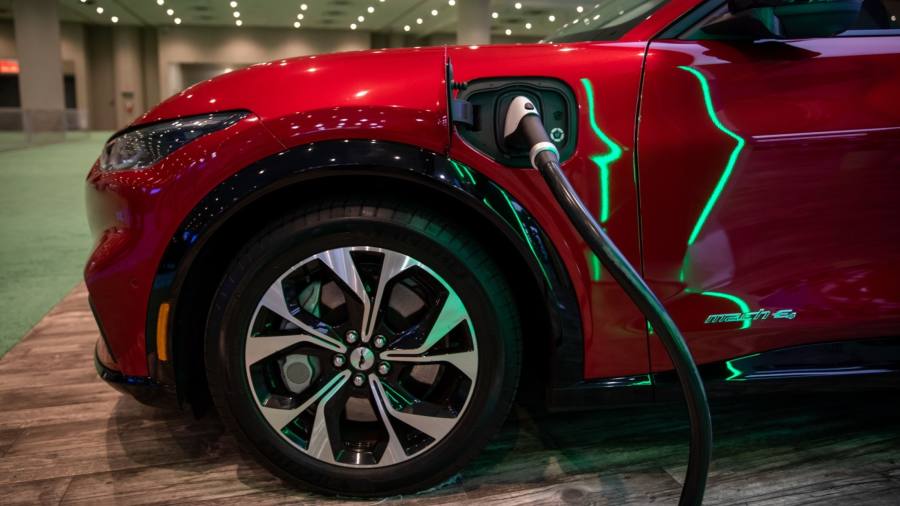 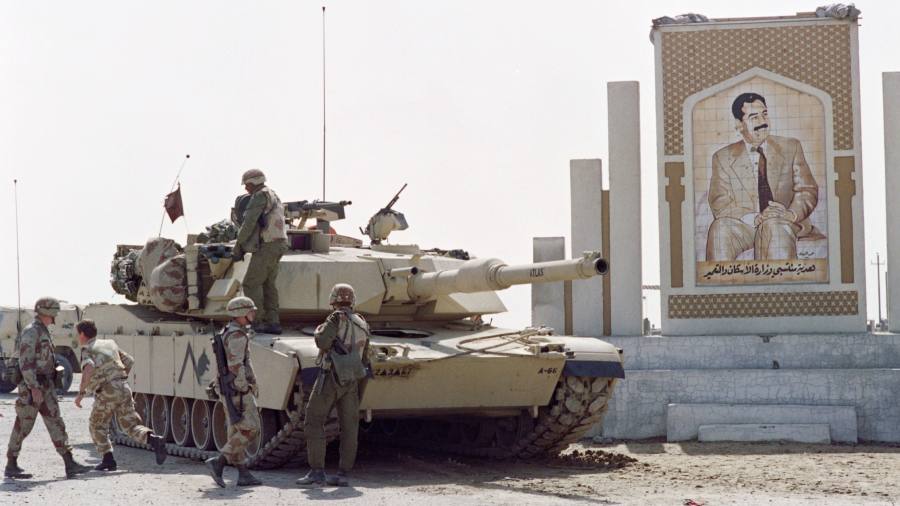